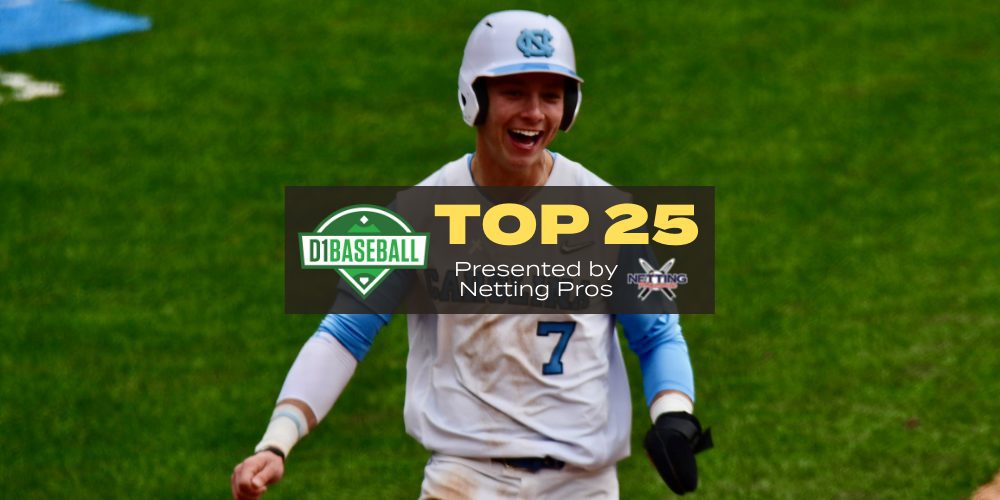 Texas allowed just one run in a three-game sweep of Alabama to improve to 8-0 on the season and remain No. 1 in the D1Baseball Top 25 rankings.

Ole Miss also stayed unbeaten and moved up one spot to No. 2, switching places with Arkansas, which scrapped and clawed its way to a 2-1 weekend at the Round Rock Classic. The next three teams held held their ground: No. 4 Oklahoma State, No. 5 Vanderbilt and No. 6 Stanford.

LSU and NC State moved up one spot apiece to 7 and 8, respectively, while reigning national champ Mississippi State slipped two spots to No. 9 after a 3-1 week that included a bad Friday night loss to Northern Kentucky. The Bulldogs are off to a lackluster 4-3 start to the season.

There was little movement in the rest of the rankings. Long Beach State — which made noise by winning a series at Mississippi State in Week One — tumbled 13 spots to No. 25 after getting swept at home by Sacramento State this week. The 10 teams that entered the week right behind Long Beach in the rankings all took care of business in Week Two and moved up one spot apiece in the rankings.