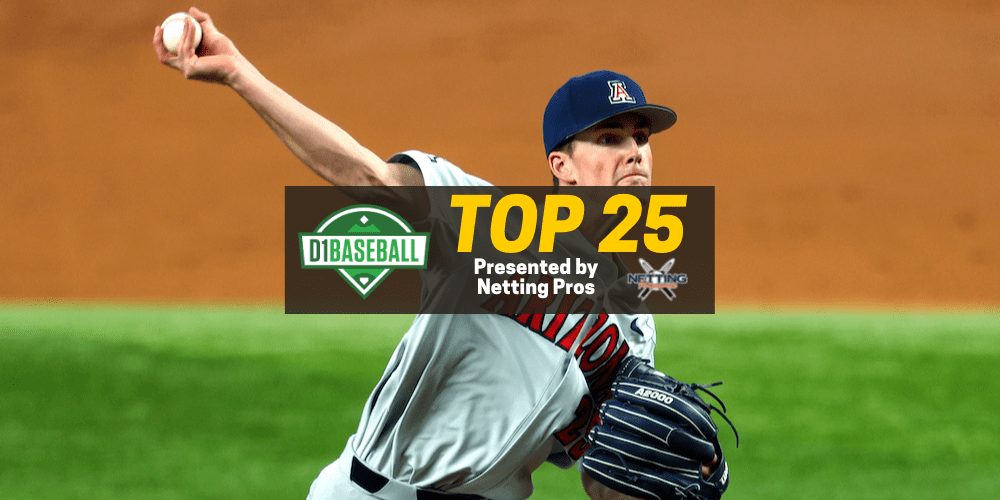 Despite a 2-2 week, Ole Miss held onto the No. 1 spot in the D1Baseball Top 25 rankings after winning an SEC road series against Auburn. Texas, Arkansas and Vanderbilt held steady in the next three spots after going a combined 13-1 on the week.

Tennessee jumped two places to enter the Top 25 following a sweep of South Carolina to open SEC play. The Volunteers improved to 19-1 overall. Virginia has the same record after sweeping Boston College, helping the Cavaliers make the week’s biggest jump — up nine spots to No. 10. Arizona also made a leap, from No. 16 to No. 11 after taking the first two games of its series against Stanford, which fell to 9-7 overall and tumbled from No. 12 all the way out of the rankings.

Other fallers this week include Notre Dame (down six spots to No. 12 after getting swept at Louisville), LSU (down eight spots to No. 21 after dropping a series to Texas A&M) and Clemson (down six to No. 24 following a home series loss to Miami).

Louisville vaulted into the Top 25 at No. 18 after its big sweep of the Fighting Irish. Connecticut also made its season debut in the rankings, entering at No. 25 after improving to 5-2 on its two-week West Coast road trip. The Huskies are 14-3 despite playing all but one of their games in either Florida or California, against quality competition.

Along with Stanford, reigning national champion Mississippi State fell out of the Top 25 after losing two of three at Georgia to fall to 12-9 on the season. Georgia moved up three spots to No. 17.