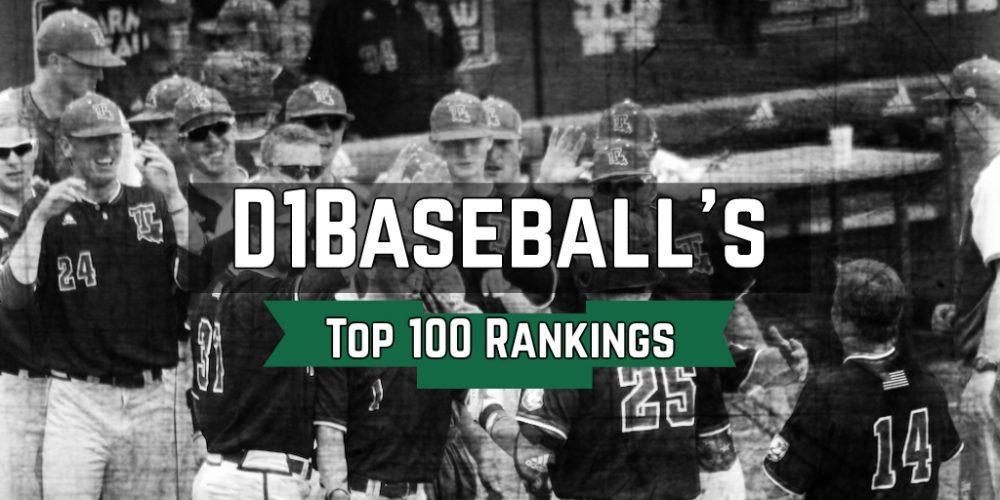 For the purpose of this exercise, we don’t care what happened in the 1970s or 80s, or even the 90s — that’s ancient history to a potential recruit in 2015. Tradition is nice, but it’s more important to establish a tradition of consistent winning in the last decade, and especially in the last five years. Our ultimate goal here is to identify the programs in the best shape right now, with an eye toward the next five to 10 years.

So we began by awarding programs points for making regionals and having postseason success in the last five years, and a fewer amount of points for success between six and 10 years ago. That gave us a starting point; then editors Aaron Fitt and Kendall Rogers made adjustments based on evaluations of coaching staff quality and stability, facilities, scholarship/financial aid situation, conference dynamics, momentum, and recruiting and player development proficiency. As the chairman of the Division I Baseball Committee likes to say every year, it’s more of an art than a science, but we tried to take many factors into consideration and debated our rankings internally at length. Reasonable minds will disagree on the rankings, and we want to hear your take, so weigh in with your own thoughts in the comments section below.