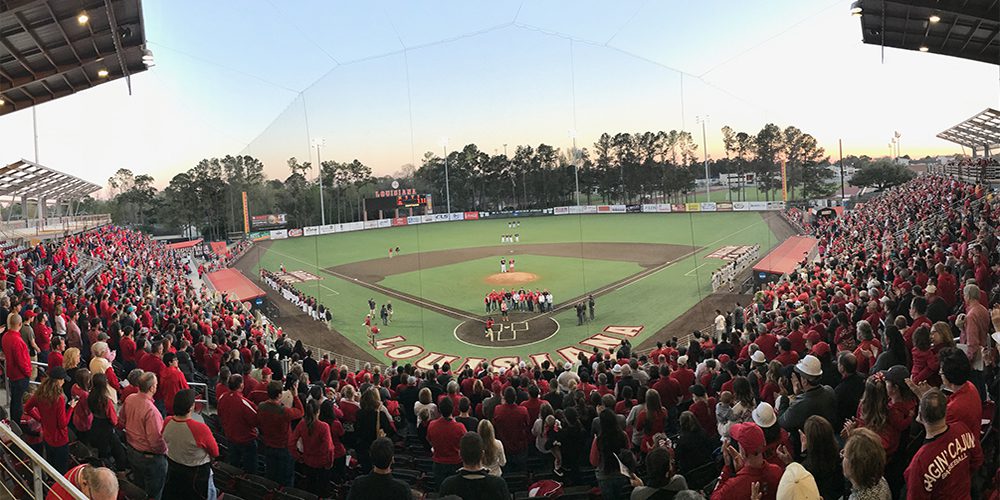 1. Cloney, Thompson Star In “The Untouchables”

Plenty of big-name pitchers are off to brilliant starts in 2017, but you won’t find anybody with better stats than Arizona lefthander JC Cloney and Auburn righty Keegan Thompson. Cloney, a 2016 College World Series hero, has picked up right where he left off in Omaha, going 3-0, 0.00 with a 19-4 strikeout-walk mark in 22 innings through three starts. Cloney shut out Arkansas over 7.2 innings Friday in a 3-0 win, allowing just three hits and two walks while fanning seven. Remarkably, Cloney hasn’t allowed an earned run in 38 consecutive innings dating back to last season, a stretch that includes 16 scoreless innings in the CWS. Our Frankie Piliere was on hand in Frisco for Cloney’s latest gem and will have a report Saturday morning.

Thompson, meanwhile, has posted fewer strikeouts than Cloney but has been virtually unhittable through three starts in his return from Tommy John surgery. He’s 3-0, 0.00 with just six hits allowed in 21 innings. The righthander allowed just one hit over seven scoreless frames in Friday’s 8-0 win against Lipscomb, striking out five and walking two. Auburn coach Butch Thompson said Keegan didn’t have his sharpest command Friday and still dominated.

“What I learned about Keegan, what I love so much today, is that when he’s not at his best he goes with what he’s got and he figures it out,” Butch Thompson said. “He really got his curveball going and we talked about his slider last week. He just kept finding a way to take the sting out of their swing.”

Auburn, by the way, has thrown an NCAA-best five shutouts during its 8-2 start.

Speaking of dominant aces — Houston junior lefthander Seth Romero has been a strikeout machine through three games, and he picked up his second victory of the season Friday in a 7-4 win against No. 12 Cal State Fullerton. Romero struck out 10 over eight strong innings of work against the Titans, allowing three runs on seven hits and a walk. Through three outings, he has 34 strikeouts and just three walks.

The Cougars jumped out to an early 4-0 lead through two innings against Connor Seabold (6 IP, 6 H, 5 ER). Five different Houston players recorded RBIs as part of a balanced attack. The Cougars improved to 7-2, while the Titans dropped to 4-4.

Both top-10 teams that call North Carolina’s Triangle region home were toppled Friday night, while Miami was knocked off by an Ivy League foe. No. 6 NC State dropped a 5-2 decision to Rhode Island, which got a strong start from ace lefty Tyler Wilson (6 IP, 5 H, 2 ER), who picked up his first win of the year. Mike Corin led URI with four RBIs, highlighted by a three-run homer in the sixth that proved decisive. NC State has lost three of its last four games (to Austin Peay, Charlotte and URI) since starting 4-1.

No. 8 North Carolina lost its second straight game after starting the season 8-0, as its bullpen imploded in the final two innings to waste another great start from ace J.B. Bukauaskas (7 IP, 6 H, 2 R, 1 ER, 1 BB, 9 K). Long Beach State ace Darren McCaughan (7 IP, 5 H, 2 ER) held the Tar Heels at bay during a quality start of his own, and the Dirtbags tied the game with an unearned run in the eighth, then won it 5-2 with three more runs in the ninth, handing UNC freshman closer Josh Hiatt his first loss. The ninth was ugly for the Tar Heels; the rally started with a hit batsman and a walk, and runs scored on an error and a wild pitch after Ramsey Romano’s go-ahead RBI infield single. As impressive as UNC’s starting pitching has been thus far, its bullpen remains a work in progress.

The Hurricanes, meanwhile, were shut out on two hits in a 1-0 loss to Dartmouth. Beau Sulser (7 IP, 2 H, 0 R, 1 BB, 10 K) was masterful for the Big Green, and Jesse Lepore (8 IP, 4 H, 1 ER, 3 BB, 6 K) continued to pitch well in a tough-luck loss. Dartmouth opened the game with back-to-back doubles by Trevor Johnson and Matt Feinstein to score a run, and that proved to be enough against an anemic Miami offense that has mustered just 24 runs in eight games (three per game).

After losing a home series to Illinois-Chicago last weekend, it looked like Vanderbilt had gotten back on track with a pair of midweek wins against Southeastern Louisiana. But the Commodores dropped their third straight series opener Friday against Cal State Northridge, 6-4. With first-team preseason All-American Kyle Wright toeing the rubber every Friday, Vandy should have an edge in Game One every weekend, but the Commodores have lost all three of his starts. He threw well in a no-decision against UIC, but he struggled somewhat against San Diego in Week One and again versus the Matadors, allowing five runs (three earned) on six hits and two walks while fanning eight over five innings of work.

Andrew Weston scattered 10 hits and allowed just three runs over six innings of work to earn the win for CSUN, which improved to 5-4. Albee Weiss hit a solo homer and an RBI double to lead the Northridge offense.

It was a special night for UL Lafayette, which welcomed 5,250 fans to its home opener at sparkling new Russo Park. And the Cajuns did not disappoint their fateful, beating Southern Miss 3-1 behind a second straight quality start from Gunner Leger (6 IP, 4 H, 1 ER, 0 BB, 8 K) and excellent relief from Wyatt Marks and Dylan Moore. The three pitchers combined to strike out 15 batters; Marks fanned four in two innings and now has 19 strikeouts over 11 innings this season while posting a 0.00 ERA. Behind their dominant pitching, the Cajuns took the lead for good with two runs in the second on a solo homer by Steven Sensley and an RBI triple by Kennon Fontenot.

“It was just a great night for our fans,” Louisiana coach Tony Robichaux said. “This all starts with the support of our president to make this night happen. I was glad we were able to cap tonight off with a quality Division I baseball game for our fans. Our fans saw good pitching, good defense and timely hitting. That’s what makes up a good quality Division I baseball game.”

Earlier this week, first-year Mississippi State head coach Andy Cannizaro said his team was in good shape offensively, but that they were striking out entirely too much and needed to put the ball in play more.

Well, they apparently didn’t heed his advice on Friday night in a 1-0 loss to Oregon. Why? Oregon heralded junior lefthander David Peterson had a performance to remember against the Bulldogs, striking out a whopping 17 batters, not walking anyone and allowing just three hits in eight innings.

Peterson, who ranks No. 36 on our College Top 350 Prospects list, put together the best start after his career after getting off to an iffy start this spring. One constant for him has been his command. After last night’s game, Peterson has struck out 26 and walked just two batters. He has a 4.50 ERA.

While State’s offense didn’t perform well in Eugene, Ore., the Bulldogs can be happy with lefty Konnor Pilkington’s performance. He struck out seven and allowed just a run on five hits in seven innings.

2. Stanford’s Pitching Picking Up The Slack

Remember when it looked like it was a huge deal when the Cardinal lost ace righthander Tristan Beck until at least mid-March? Well, the Cardinal might not be blowing the doors off teams from an offensive standpoint, but the pitching staff has more than held their own.

After lefty Kris Bubic shined in a series-opening loss to Texas on Thursday, lefthander Andrew Summerville was sharp in a 3-2 walk-off win over the Longhorns to even the series at 1-1.

Summerville struck out nine, walked just one and allowed two runs on four hits in seven innings. He finished his performance in emphatic fashion by striking out the Longhorns side in the seventh.

Stud righthander Colton Hock slammed the door on the Horns out of the bullpen, too, striking out one and not allowing a hit in two innings.

While it was a disappointing finish for the Longhorns, righthander Morgan Cooper put together another strong outing, striking out five, walking one and allowing a run on five hits in six innings.

Are the Sooners feeling the Skip Johnson effect so far this season? It sure seems like it, as the pitching staff is performing at a surprisingly high level with sophomore righthander Jake Irvin and others leading the way. 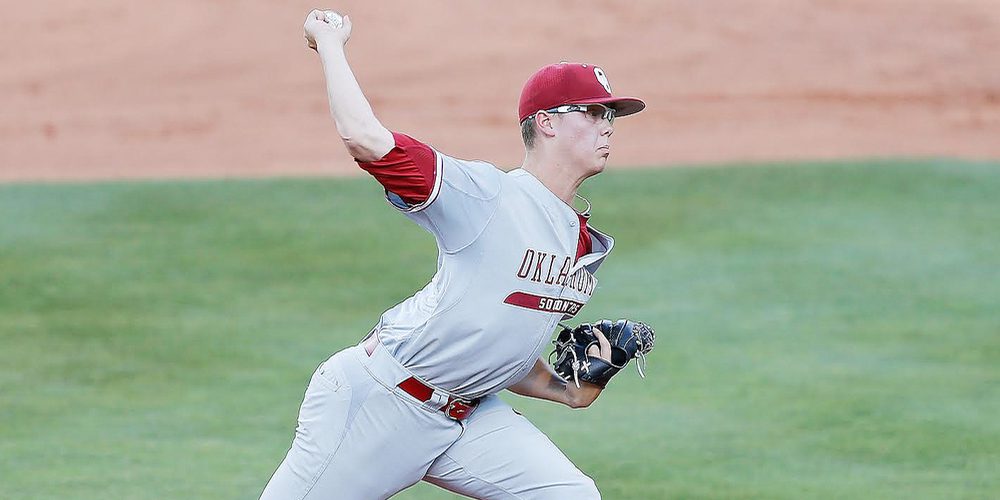 Consider the competition, but Irvin put together another strong performance in a 3-0 win over Central Connecticut State. He struck out 14 batters, walked just one and allowed two hits in six shutout innings. He also threw 93 pitches, 60 for strikes.

How about this for Irvin? In three starts, he’s tallied an 0.45 ERA in 20 innings, along with 31 strikeouts and just three, yes, three, walks. Teams are hitting the talented righty at a .106 clip.

As for the Sooners as a whole, they’re now 10-1 after entering the season with a multitude of question marks. Could they be the surprise of the Big 12 thus far?

Keep an eye on the Sooners, folks.

With the cornucopia of excellent tournaments, Houston-Cal State Fullerton and South Carolina-Clemson, among other series, going on this weekend, it’s easy to skim over the Bulldogs and Shockers. But the fact is, both teams entered the weekend sizzling hot.

Louisiana Tech drew first blood in the series, capturing a 6-2 victory in the series opener. JC transfer righthander Kent Hasler had a strong start for Lane Burroughs’ club, striking out four and allowed just a run on two hits in five innings, while Austin Harrison and Nate Harris took care of business out of the bullpen.

Offensively, Raphael Gladu and Brent Diaz each had big days at the plate, with Diaz smacking a pair of doubles, while first baseman Cody Daigle went 2-for-4 with a double and an RBI.

With the win, the Bulldogs are now an impressive 9-1 and are a team to watch for the D1Baseball Top 25 rankings in a couple of days.

The Bruins are still trying to figure a few things out from an offensive standpoint, but the pitching staff looks A-OK after righthander Griffin Canning put together another strong start in a 1-0 win over Michigan to kick off the Dodgertown Classic.

Canning had another night to remember, striking out 12, walking three and allowing just three hits in eight shutout innings. He threw 114 pitches against the Wolverines, 75 for strikes. 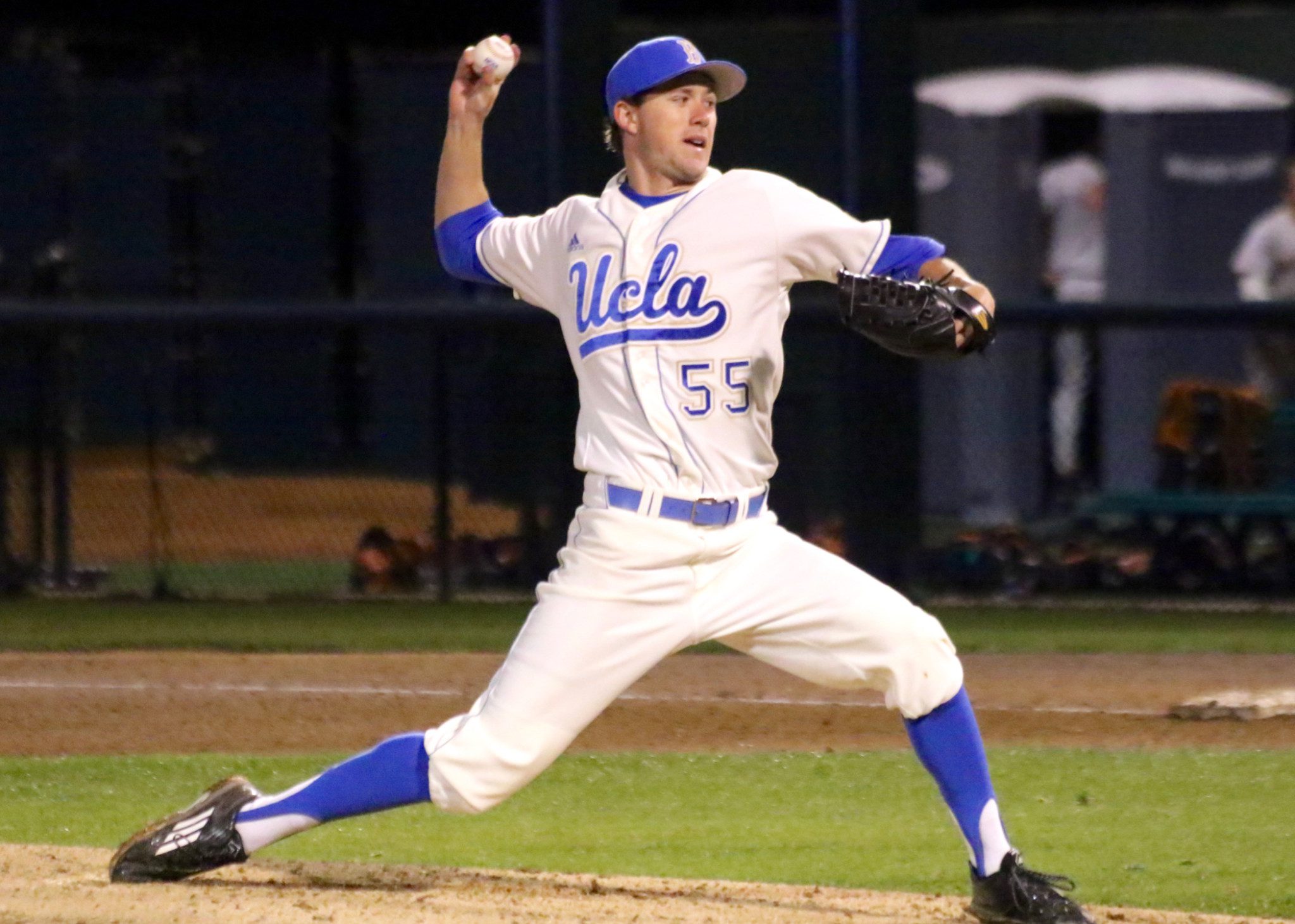 So, how good has Canning been through three starts this spring? He’s struck out 32, walked eight and allowed just seven hits in 21 innings. Oh yeah, his ERA is still unblemished. Meanwhile, No. 2 starting pitcher Jake Bird, my pick to click on the national stage this season, has an 0.69 ERA in 13 innings, along with 13 strikeouts and four walks.

It might not come as a surprise to many, but it sure appears that a John Savage-coached team will pitch at a high level this season.

Now, if the offense can rise to the occasion …

Michigan big lefty Oliver Jaskie can take a bow for his performance out on the West Coast, too. Jaskie struck out six, walked four and allowed just three hits in six shutout innings, throwing 96 pitches, 60 for strikes.