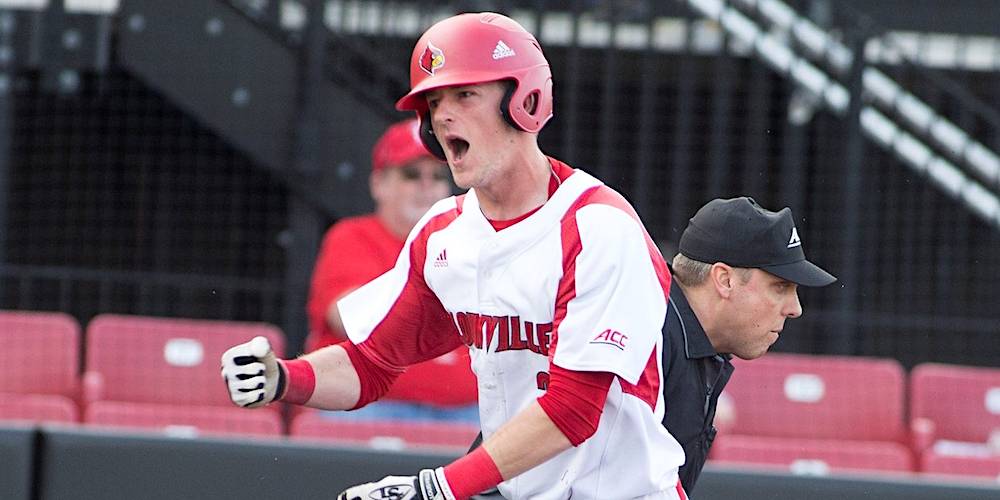 Team Of The Day: Louisville

The seventh-ranked Cardinals completed a huge two-game midweek sweep of No. 9 Ole Miss with a 10-8 victory on Wednesday. The Rebels jumped on blue-chip freshman Kerry Wright for two runs in the top of the first, but the Cardinals responded in a big way, scoring five runs in the bottom of the first to chase Houston Roth. Freshman Alex Binelas delivered the big swing in that rally, a two-run single to cap the scoring — then added a two-run homer to[…]