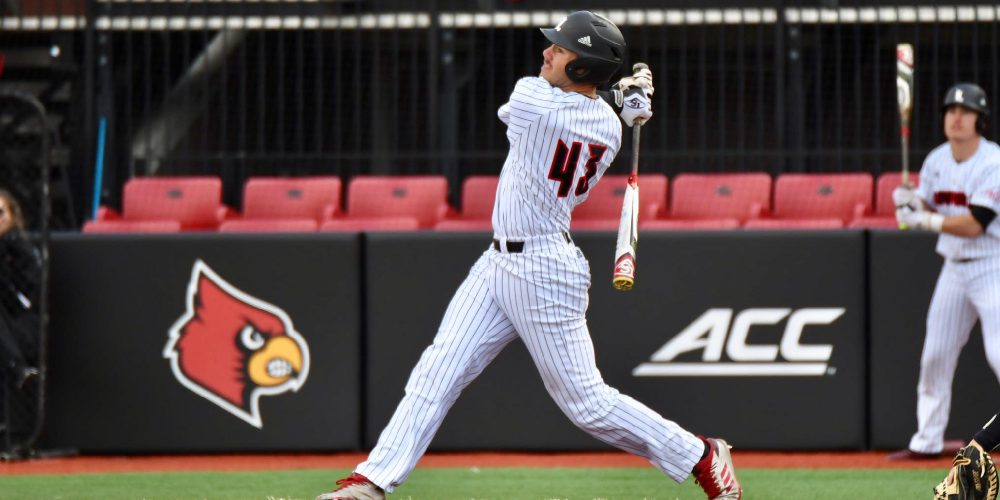 Showdown of the Day: Louisville over Texas Tech

No. 12 Louisville overcame an early three-run deficit to beat No. 6 Texas Tech 7-4, salvaging a split of the marquee two-game midweek series. The Cards trailed 4-1 after four innings but surged ahead with three runs in the sixth inning, taking the lead for good on a wild pitch. Freshman Bobby Miller (3.1 IP, 0 H, 0 R, 0 BB, 5 K) earned the win with stellar relief work, and Sam Bordner fanned the side in the ninth to earn his seventh save of the young season. Logan Wyatt led the Louisville offense with two hits and two runs scored.

The Red Raiders finished their challenging five-game road trip through the Bluegrass State with a 2-3 mark after losing two of three at Kentucky and splitting a pair at Louisville. Considering the weather was miserably cold all week, and all five games were on the road against two very talented teams, Texas Tech shouldn’t feel too bad about that swing.

Upset of the Day: Eastern Kentucky over Vanderbilt

Eastern Kentucky withstood a late charge from No. 13 Vanderbilt and held on for a 6-5 upset victory in Nashville. Alex Holderbach went 2-for-4 with five RBIs to pace the EKU offense in support of Kaven Brown (5.1 IP, 3 H, 0 R, 2 BB, 8 K). The Colonels carried a 6-1 lead into the bottom of the ninth, when Vandy rallied for four runs (highlighted by Connor Kaiser’s two-run triple), but Julian Infante lined out to end the game, stranding the tying run on first base. EKU improved to 7-11 on the year, with single victories over 2014 and 2015 CWS Finalists Virginia and Vanderbilt. 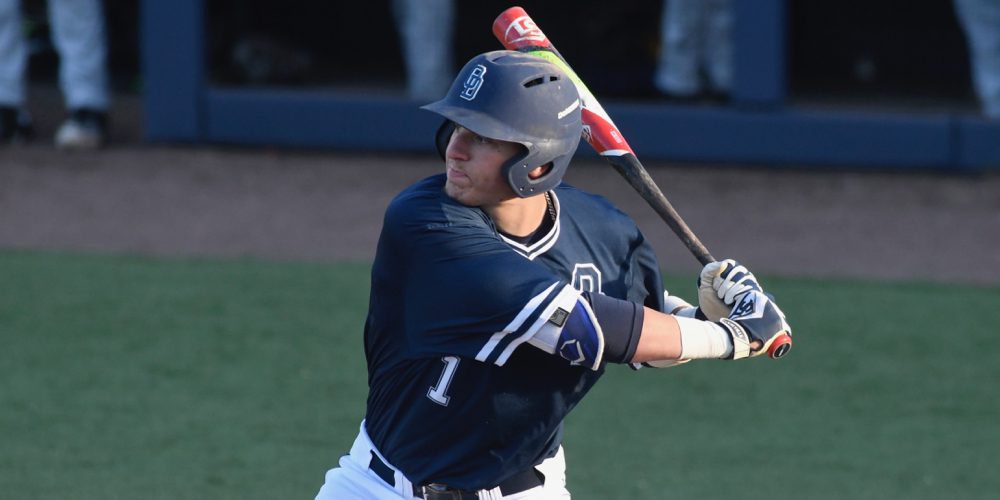 Pasquantino, a sophomore first baseman, tied an ODU record with six hits in ODU’s 19-4 rout of VMI. Pasquantino went 6-for-6 with two doubles, a home run and five RBIs, leading a 24-hit attack (ODU’s most since 2009). The game was actually tied 1-1 until Old Dominion erupted for 11 runs in the fourth inning — Pasquantino had a pair of RBI hits in the frame. The 6-for-6 performance raised Pasquantino’s batting average 68 points to .309.

• No. 5 Arkansas completed a two-game midweek sweep of Texas with a 7-5 victory on Wednesday. Caleb Bolden (3 IP, 1 H, 0 R) earned the win with strong relief work, as the Hogs pieced it together on the mound with six different pitchers. Casey Martin and Evan Lee led the Arkansas offense with two hits and two RBIs apiece. The Hogs improved to 13-4 heading into SEC play, while Texas fell to 9-9 leading into a tricky Big 12-opening series against Kansas.

• Southeastern Louisiana added to its impressive collection of midweek victories by beating No. 19 Mississippi State 11-5. The Lions also have quality midweek wins against Louisiana, LSU, Tulane and Purdue. The Bulldogs jumped out to a 5-1 lead on Corey Gaconi with a five-run first inning, but Gaconi settled in and held MSU scoreless for the next eight innings en route to a complete-game victory. Southeastern tied the game with four runs in the third, highlighted by Drew Avans’ bases-loaded triple, and the Lions surged ahead with three runs in the sixth and three more in the seventh. SLU has gotten off to a sneaky 13-6 start — and the Lions have now won six straight games over Mississippi State dating back to 2010.

• After a rocky start, Miami has started to build some momentum. The Hurricanes earned a big midweek road victory at No. 23 UCF, 4-3. Suddenly, the Hurricanes have won five of their last seven games to climb back to .500 overall at 8-8. Freshman shortstop Freddy Zamora went 3-for-4 with a pair of runs scored to lead the Miami offense Wednesday in support of freshman Daniel Federman (5 IP, 3 H, 3 R, 1 ER, 2 BB, 5 K), and bullpen stalwarts Frankie Bartow, Andrew Cabezas and Cooper Hammond combined to work four scoreless innings of relief.

• No. 8 Ole Miss completed a two-game midweek sweep of a tricky road series at Georgia State with a 16-2 victory Wednesday. The Panthers had carried an 11-4 record into the set, but the Rebels dispatched them in a pair of games to improve to 17-1 overall heading into SEC play. Cole Zabowski (3-for-4, HR, 4 RBI) led the Ole Miss offense Wednesday in support of Jordan Fowler (5 IP, 1 H, 0 R), who improved to 3-0.

• No. 15 Auburn also improved to 17-1 overall with a 5-4 win against Memphis. Brendan Venter’s RBI double capped a three-run seventh that helped the Tigers erase a 4-1 deficit, and Luke Jarvis delivered a go-ahead RBI single an inning later.

• North Carolina followed up its 10-run outburst Sunday at Louisville by scoring one run combined in two midweek games against North Carolina A&M and Gardner-Webb. The Tar Heels won the first game, 1-0, but lost Wednesday to the Bulldogs by that same score. Eric Jones hit a solo homer in the second inning, and that proved enough support for starter Mason Fox (5 IP, 3 H, 0 R) and the GW bullpen. Gardner-Webb is off to a solid 11-7 start.

• Tennessee Tech completed a two-game midweek sweep of West Virginia with a 9-1 victory Wednesday. The Golden Eagles outscored the Mountaineers 17-1 in the two games, as TTU improved to 11-5 overall. Nine different Eagles recorded hits Wednesday as part of a balanced attack in support of Nic Dye (6.1 IP, 4 H, 1 ER).

• Ohio State finished an impressive two-game midweek road sweep of UNC Wilmington with an 8-1 win Wednesday, a day after beating the Seahawks 8-3. So much for UNCW’s momentum after a big road series win at Arizona State. The Buckeyes also split a pair of games at Coastal Carolina this past weekend, boosting them to 11-6 overall heading into a home series against Big West upstart Cal State Northridge. Leadoff man Dominic Canzone (3-for-5, 2 R, 2 RBI, 2B, HR) led the Ohio State offense Wednesday in support of Jake Vance (4 IP, 1 ER), and five OSU relievers chipped in one scoreless inning apiece.