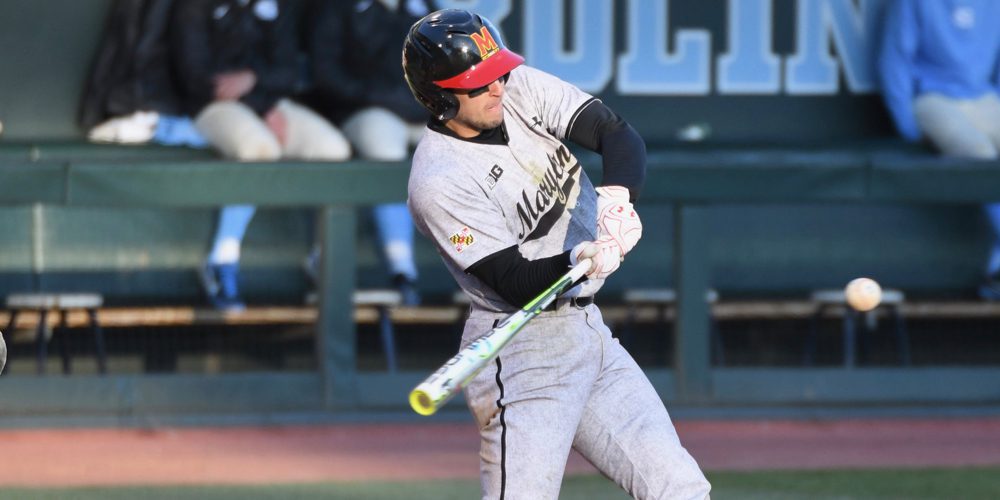 Brandon Riley went 3-for-4 with a double and a three-run homer to lead the Tar Heels a 6-2 win at struggling East Carolina. Rodney Hutchison earned the win with 4.2 innings of shutout relief, and Josh Hiatt struck out all four batters he faced to record his eighth save. Also of note: UNC shortstop Logan Warmoth singled in the first to extend his reached-base streak to 36 games, and he stole his career-high 12th base of the season. As Frankie Piliere noted in Tuesday’s Prospect Insider, Warmoth has generated more and more first-round buzz as the season has progressed.

Upset of the Day: Tulane over UL Lafayette

Maybe the Green Wave is turning a corner (OK, so we said the same thing after Tulane won its series against West Virginia — and then it got swept at home in a four-game series by San Diego the next weekend). But since that sweep dropped the Green Wave to 3-12, it has won five of its last six games to climb to 8-13. Wednesday Tulane knocked off No. 16 UL Lafayette on the road, 6-4. Tulane jumped out to a 4-0 lead in the first inning and never looked back, as Sam Bjorngjeld worked 5.1 shutout innings of relief to pick up his first win of the season. Obviously Tulane still has a lot of work to do, but it has a winnable home series against Stetson this weekend.

After a slow start to the season, Smith is suddenly on fire. The preseason All-America shortstop recorded a two-homer game for the second day in a row, driving in five to lead the Terrapins to a 10-6 victory at UNC Wilmington, salvaging a split of the two-game midweek series. Smith’s opposite-field three-run homer off the right-field foul pole helped Maryland break the game open in the fifth inning.

It’s a good sign when Smith uses the opposite field. Last week after Smith went 0-for-4 with four poor at-bats in a loss at North Carolina, Maryland coach John Szefc said Smith was working hard to pull himself out of his slump.

Apparently he’s figured it out this week in Wilmington.

• No. 15 Florida Gulf Coast ran its winning streak to five games with yet another quality win — a 2-1 victory against a South Florida club that had carried a 20-1 record into the contest. The Bulls had tied it 1-1 in the top of the sixth, but FGCU catcher Spencer Levine answered with a solo homer in the bottom of the frame to lift the Eagles to the victory. Mario Leon (6 IP, 8 H, 1 ER, 0 BB, 8 K) turned in a very strong start to improve to 2-1.

• No. 5 LSU earned a quality midweek victory against a good Southeastern Louisiana club, 8-2. Josh Smith went 4-for-4 with two doubles and four RBIs to lead the LSU offense, while Greg Deichmann chipped in a double, a homer and three RBIs.

• In the continuation of Tuesday’s suspended game, Wake Forest drubbed Charlotte, 13-4. Catcher Logan Harvey (4-for-4, 5 RBI, 2 2B, HR) had a huge game to lead Wake’s 17-hit barrage. The Deacs have gone 15-3 since opening the season by losing three of four games in Houston, and their high-powered offense has really found its stride.

• Miami earned a big 7-5 win against Florida Atlantic, as Carl Chester, Edgar Michelangeli and Joe Gomez had two hits apiece to pace the Hurricane offense, and Gregory Veliz (5.2 IP, 3 H, 1 ER, 2 BB, 7 K) pitched very well to earn his second victory. Miami has bounced back nicely since losing the first two games of its series at NC State, first salvaging Sunday’s series finale and then beating a quality FAU team. The Hurricanes are close to .500 at 10-11.

• New Mexico’s previously high-flying offense was humbled in a big way over the past week, mustering just six runs total in six straight losses. But the Lobos broke out of their funk with a 22-3 throttling of Grand Canyon on Wednesday, splitting the two-game midweek set. The dynamic duo of Carl Stajduhar (5-for-6) and Jack Zoellner (4-for-6) led the way.

• Will Toffey and Julian Infante had four hits apiece and combined for nine RBIs and two home runs, leading Vanderbilt to a 17-11 win at Belmont.

• Mercer avenged a pair of earlier losses to Florida A&M by completing a two-game midweek sweep with an 11-5 victory on Wednesday. Jackson Ware’s three-run double capped Mercer’s seven-run fourth inning, which put the game out of reach. For more on the Bears, check out Wednesday’s Under The Radar feature.