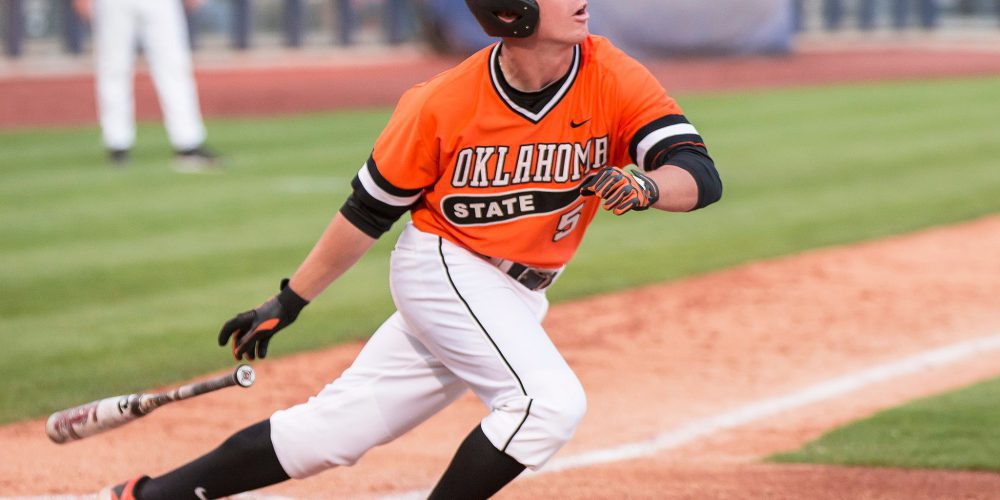 Team of the day: Florida Atlantic

The Owls hadn’t been great the past couple of weeks, but responded in impressive fashion with a 4-3 win over No. 1 Miami on Tuesday. FAU starting pitcher David McKay struck out five, walked two and allowed just two runs on four hits in six innings, while Sean Labsan and Billy Endris each had a pair of hits to lead the Owls’ offensive cause. For the top-ranked Hurricanes, Jesse Lepore put together a quality start before Andrew Cabezas scuffled with two runs allowed in just an inning of work. For the Owls, the win is big considering it moves them up a few spots in the RPI.

The Sycamores have quietly put together an impressive campaign and improved to 24-13 on the season with a dominant 22-4 road win over Purdue. By the way, the Boilermakers, who actually hosted a regional not too long ago, are now 6-28 for the season. Not good. Anyway, Rosselli was outstanding, going 4-for-5 with a home run and a whopping eight RBIs, along with a walk.

Upset of the day: VCU over Virginia

Fresh off a home series win over North Carolina, the Cavaliers struggled at home against a very solid Virginia Commonwealth club in an 11-5 setback. VCU’s top four hitters finished the contest with seven hits, with Darian Carpenter smacking a pair of homers and Logan Farrar adding a home run of his own and ending the game with a pair of RBIs. The Cavaliers had made some progress in the RPI after the series win over UNC, but dropped 10 spots after Wednesday’s contest.

Cal State Bakersfield played host to Loyola Marymount Wednesday night, and as they say, life in Bakersfield can get rather, uh, interesting. Well, in this one, a Bakersfield player had to be called upon to escort a skunk out of left field. Check out the funny video below:

Yes a skunk delayed @CSUB_Baseball game. Had to be “escorted” off the field with players help. https://t.co/lLvF2z19ew

• New Mexico and Texas Tech have both played an impressive brand of baseball this season, and the two were entrenched in yet another dandy on Wednesday with the Lobos taking home a 6-5 victory, thanks to Dalton Bowers’ walk-off RBI double in the bottom of the 10th innings. Luis Gonzalez, Jared Holley and Chris DeVito each had two hits for the Lobos, while the Red Raiders got strong nights from Cory Raley and Orlando Garcia. While Tech would’ve been just fine no matter what happened in this two-game midweek series, it’s a big win for the Lobos, who is now into the mid-40s from an RPI standpoint.

• Coastal Carolina has been red-hot as of late and added yet another solid victory to its resume with a 9-5 home win over College of Charleston. While Andrew Beckwith threw six innings out of the bullpen, Connor Owings had a double, home run and two RBIs, Billy Cooke had a pair of doubles and G.K. Young finished the night with three hits. The Chanticleers are up to 15 in the latest RPI and improve their record against RPI Top 50 to 8-7, which is a very respectable mark.

• LSU and Southeastern Louisiana were sidelined by rain for much of the evening, but finally got the game going and finished the contest at 12:18 a.m., on Thursday, with the Tigers capturing an impressive 11-4 victory. LSU used eight pitchers in the victory, while offensively, Mike Papierski and Greg Deichmann each hit homers, and Beau Jordan and Cole Freeman each finished the night with multi-hit performances. Overall, The Tigers have now won 9 of their last 11 contests, setting up a rather important home series against Mississippi State this weekend.

• Mississippi State heads to LSU this weekend, and was entrenched in quite the contest on Wednesday in a narrow 1-0 victory over Louisiana-Monroe. The Bulldogs and Warhawks were knotted up at 0-0 going into the 14th inning until freshman sensation Jake Mangum roped a walk-off RBI single to win the game. While the offense was unimpressive against ULM, nine MSU pitchers combined for the winning cause.

• Oklahoma State is starting to get its groove back a bit and captured a nice 4-3 win over rival Oklahoma. Donnie Walton, Colin Simpson and Andrew Rosa combined for two hits each in the win, while third baseman Garrett Benge hit a double and finished the contest with three hits. OSU’s RPI is up to 26 and it plays host to TCU this weekend in a series that could have sizable postseason implications.

• South Alabama continues to get quality midweek starts from Randy Bell, who struck out seven, walked three and allowed just two runs on eight hits in eight innings, while Alabama starting pitcher Kyle Cameron scuffled in an 8-2 Jaguars victory. USA’s Jared Barnes went 2-for-4 with a double and two RBIs, while Cole Billingsley hit a triple and Brendan Donovan added a double. The win was hugely important for the Jaguars, who needed to bounce back in impressive fashion after an ugly road series loss to Appalachian State last weekend. Meanwhile, Alabama will try to turn things back around this weekend with a trip to No. 4 Texas A&M.

• Georgia Tech had a tough home series loss to NC State this past weekend, but responded in impressive fashion on Wednesday with an 11-5 win over Georgia State. Leadoff hitter Connor Justus hit a home run and finished the night with a pair of hits, while Matt Gonzalez and Kel Johnson each added a double, and the Jackets got a quality start on the mound from Jake Lee, who struck out two and allowed just two runs on four hits in five innings.