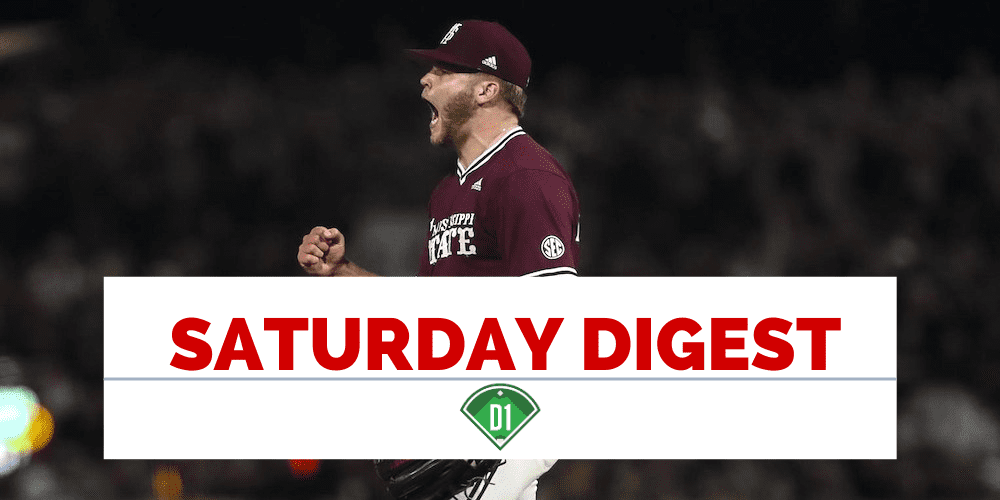 • Virginia clinched its home series over Duke and after losing five straight series to open ACC play, the Cavaliers have now won three of their last four weekends. Mike Vasil was excellent over six innings and Virginia has won seven of his ten starts in 2021. Zach Gelof added two doubles and he looks poised for a strong stretch run. Brian O’Connor recently moved Nate Savino into the weekend rotation and that adjustment may be moving the needle. The Hoos are now 11-15 in ACC play with 10 games to go.

• Vandy lost Jack Leiter’s start for the second consecutive weekend and Rowdey Jordan’s first inning home run got Mississippi State off to a great start in its 7-4 win. Leiter lasted just five innings, giving up four runs while punching out eight. Logan Tanner hit a huge two-run homer in the fifth and he finished with three hits and three RBIs. Will Bednar, Preston Johnson and Landon Sims combined to strike out 16 Vandy hitters. This sets up a critical game three with the series on the line.

• In danger of being swept at home and punctuating four straight lost series, Ole Miss staged what may be the most dramatic comeback of the 2021 season and beat LSU 10-9. LSU led 9-1 with two outs in the bottom of the eighth. A three-run home run by Peyton Chatagnier ignited the Rebels and TJ McCants’ subsequent grand slam tied the game. True freshman Kemp Alderman hammered the first pitch of the bottom of the ninth into the bleachers in right-center field to walk off the Tigers. LSU’s uber-talented freshmen continue to impress and Tre Morgan and Dylan Crews stood out in this series. Ole Miss has played uphill for most of the last month so it will be interesting to see if this sparks the Rebels.

• Ohio State lefthander Seth Lonsway threw seven shutout innings against Penn State and the Buckeyes (15-12) have won seven in a row at home.

• Fordham ace Matt Mikulski rose to No. 21 in this week’s College Top 100 Prospects and he backed that up with a dominant performance versus St. Joseph’s. Mikulski punched out 15 hitters in a seven-inning two-hitter. The hard-throwing lefthander moves to 6-0 with a ridiculous 91 strikeouts in 48.2 innings.

• Notre Dame won a doubleheader (5-2, 13-9) and the series in College Baseball’s version of “The Holy War” against Boston College. It was the usual suspects coming up big for the Irish in their game one 5-2 victory. John Michael Bertrand controlled the game for 6.1 innings before turning things over to key reliever Tanner Kohlhepp who recorded the last eight outs. Notre Dame has won six of Bertrand’s eight starts on the season and Kohlhepp has gone seven straight appearances without giving up a run. Niko “The Enforcer” Kavadas drove in two runs with his 15th home run of the year. In game two, the Irish scored 12 runs in the 8th inning to overcome a 9-1 deficit.

• Texas Tech bounced back against Baylor with a 4-1 win behind a superb start from Micah Dallas. Dallas punched out 10 hitters over seven innings and Ryan Sublette surrendered just one baserunner over the final two innings. The two righthanders did not walk a batter in the game.

• Tennessee cruised to a 6-1 victory in game one of a doubleheader at Texas A&M. Righthander Chad Dallas allowed just one run over seven strong innings and Jake Rucker went 3-for-4 with a homer and two doubles. Connor Pavolony returned to the lineup after a scary hit by pitch last weekend versus Vanderbilt and he homered as well. In game two, the Vols gave up four runs in the seventh to lose a late lead and the Aggies went on to win 6-5. Rucker added three more hits to give him six on the day.

• The Fairfield Stags swept a doubleheader at Manhattan to run their record to 26-0 in what might be the coolest story in college baseball in 2021. Veteran righthander John Signore earned his 21st career victory in game one and shortstop Justin Guerrera chipped in with five RBI and his 10th home run of the season. Second sacker Mike Becchetti reached base three times and drove in two runs in the second game to lead the Stags.

• UC Irvine won an 11-9 barnburner over Oregon State as catcher Dillon Tatum walked off the Beavers with his second home run of the game. The ‘Eaters held a 9-4 lead early in the game but OSU fought back to tie the game at nine in the eighth. This sets up an important rubber game for Sunday as this series could be an important resume builder for both clubs.

• Tulane won its ninth in a row, beating Memphis 5-0. Donovan Benoit threw 7.1 shutout innings and he combined with David Bates to strike out 15 Memphis hitters.

• In his 29th career appearance and first start, Arlo Marynczak of Siena threw a seven inning no-hitter against St. Peter’s. Marynczak punched out 10 Peacock hitters and it is the third no-hitter in program history.

• Oregon walked UCLA off in the 10th inning to clinch its series with the Bruins. The Ducks are alone in first place in the Pac-12 with a 10-4 record. Mainstays Tanner Smith and Aaron Zavala combined for four hits and Zavala is hitting .409 for the year. Starter Cullen Kafka was effective over five innings in the 3-2 win.

• TCU secured a series win over Kansas with a 10-3 victory. The Frogs have won seven in a row and Johnny Ray threw a season-high eight innings. Hunter Wolfe remained hot with three RBIs.

• The Valley continues to run through Dallas and DBU swept a doubleheader (6-5, 9-0) from Indiana State. River Town and Austin Bell each hit a 3-run bomb to provide the offense in the first game. Rhett Kouba tossed seven shutout innings in the second game. The Patriots have won the first three games of this series.

• Texas won both ends of a doubleheader in Stillwater (4-3, 5-2) and the Longhorns are now 12-2 in the Big 12. Ty Madden punched out 12 Oklahoma State hitters in six innings in the opener and Tristan Stevens was outstanding in game two, yielding just two runs over seven innings. Texas leaned on home runs from Doug Hodo III, Ivan Melendez, and Mike Antico in the nightcap.

• Marshall upset Louisiana Tech in game two of their doubleheader and Southern Miss pulled to within a half-game of the Bulldogs in the C-USA West Division. Charlotte and Old Dominion will play each other six more times in the next seven days so the C-USA regular season title chase should be fascinating.

• New Orleans swept a doubleheader from Southeastern Louisiana (8-4, 11-3) and leap-frogged the Lions into first place in the Southland. In game one, Chris Turpin threw a complete game for the second consecutive weekend. In game two, Privateer 7-8-9 hitters Travis Gober, Jackson Murphy, and Darren Willis combined for seven hits and four runs.

• UCSB split a doubleheader at Long Beach State (6-0, 4-5) and the Gauchos now trail UC Irvine by 1.5 games in the Big West standings. Rodney Boone struck ten over six shutout innings in the game one victory.

• Ethan Long hit his third home run in two games as Arizona State clinched its road series at Utah. Long and Sean McLain have combined for 10 hits on the weekend. 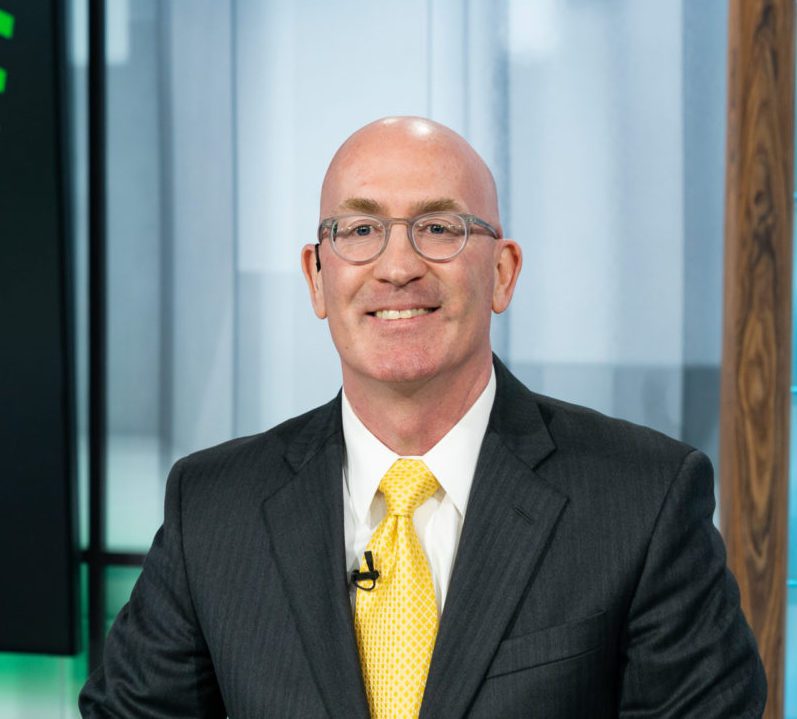 Mike Rooney
Mike Rooney is a writer for D1Baseball. A native of the Philly area, Rooney played (Notre Dame) and coached (Arizona State) college baseball. He has been part of the ESPN broadcast team since 2009 and lives in Prescott, Arizona.
[email protected]