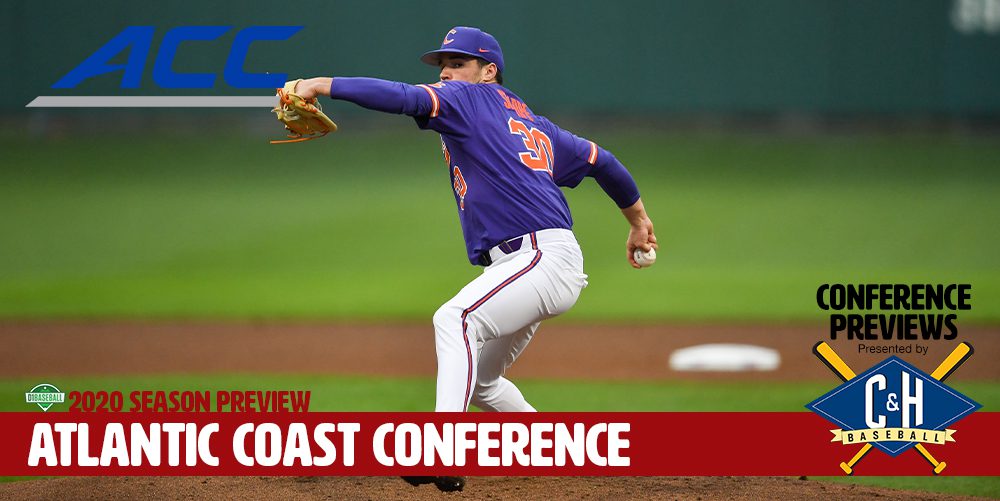 Heading into 2020, the ACC looks stronger than it has been since 2016, when it sent a record 10 teams to regionals (since tied by the SEC). In 2016, Louisville (No. 2) and Miami (No. 6) were the ACC’s two highest-ranked teams in the preseason, and they lived up to the billing, winning their respective divisions and reaching the 50-win mark overall. This year, the Cardinals and Hurricanes are once again the ACC’s favorites, as Louisville is ranked No. 1 for the first time in program history and Miami isn’t far behind at No. 3.

The ACC also has a very strong middle tier after those two front-runners, who are joined in the Top 25 rankings by No. 12 Florida State, No. 15 Duke, No. 16 NC State, No. 18 Wake Forest, No. 19 Georgia Tech and No. 23 North Carolina. Virginia and Clemson join those teams as regional teams in our projection, which would give the ACC 10 regional teams for just the second time ever. But Boston College and Virginia Tech both have the look of very dangerous sleepers who could easily jump up in the standings, while first-year coach Link Jarrett and second-year coach Mike Bell are working hard to rebuild Notre Dame and Pittsburgh, respectively.