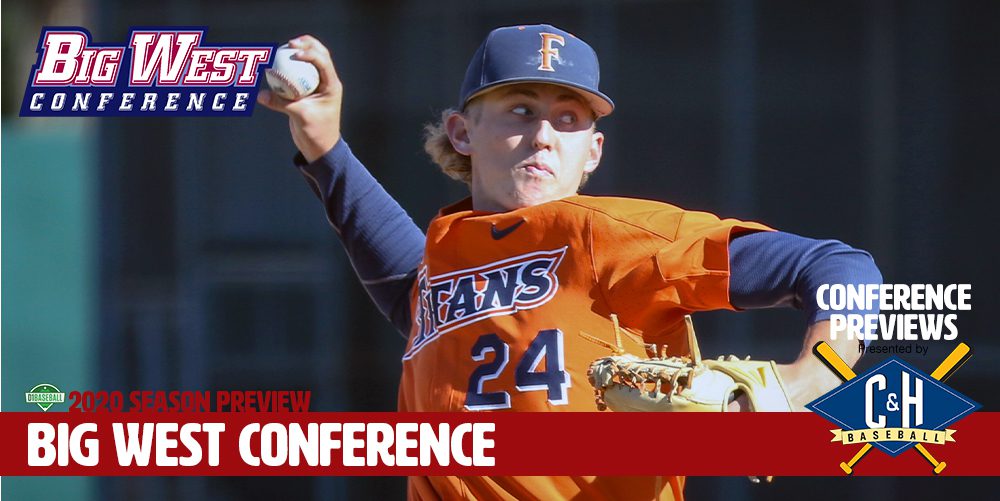 C’mon Big West, ya’ gotta get better. I brag on you guys too often for this. In this space the last few seasons, I have chastised the BWC for only having two 30-plus win teams per season. Guess what? That’s exactly what happened again in 2019. UCSB had far-and-away the best team, going 45-11 overall. UC Irvine had a good bounce-back season in Ben Orloff’s first go-round as head coach, posting a 37-17 mark and finishing two games behind the Gauchos in the Big West standings.

The problem is, that was pretty much it for the conference positives. Once again, the quality depth of the conference was not up to the strong old days and it is becoming a bad habit. Cal Poly finished at .500 overall last season and Cal State Fullerton had its 27-year post-season run end at one win above .500. And everyone else finished with an overall winning percentage of .418 or weaker. Tsk tsk boys.

And with the way the college baseball landscape is being ruled by the ongoing facility arms-race, the Big West is in a tough spot with trying to keep up due to all the monetary constraints they toil under. But one thing is for sure, there is still great talent coming out of this conference and filling spots in the professional ranks.

Overall, there will be a lot of new faces here in 2020 as programs roll over their coaching staffs to help push things back to the next level.

Without further ado, let’s take an in-depth look at the Big West in 2020:

Check out our full preview below!