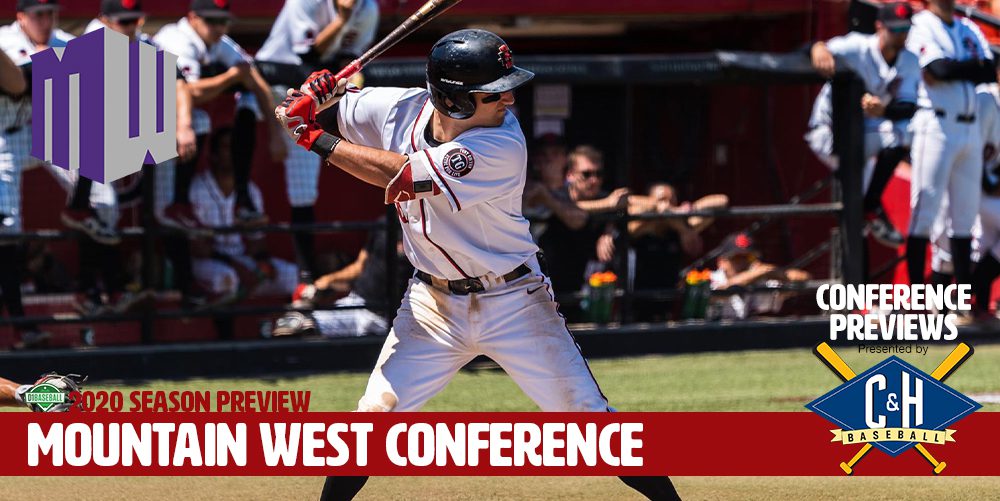 The teams and coaches in the Mountain West have always crowed that they are better than most of the baseball pundits around the country think they are. It is often hard to argue against them, but the MWC hasn’t had a multi-bid season for the NCAA Tournament since 2014, and last season there was just one team in the top 40 of the RPI (Fresno at No. 29) and only one other team in the top 100 (San Diego State at No. 80).

Fresno dominated the conference last year, giving head coach Mike Batesole a return to the Big Dance for the first time since 2012. The Aztecs took a small step back but have re-stocked the talent shelf and should rebound as the conference favorite once again. Oddly, beyond those two, the remaining five members of the MWC had a losing record in conference play. This year, the Mountain will welcome back Boise State to its ranks, one of two programs returning to D1 baseball along with Akron.

Time to play up, boys. Give yourselves something to brag about this time.

Freshman of the Year: Caden Miller, 2B, San Diego State