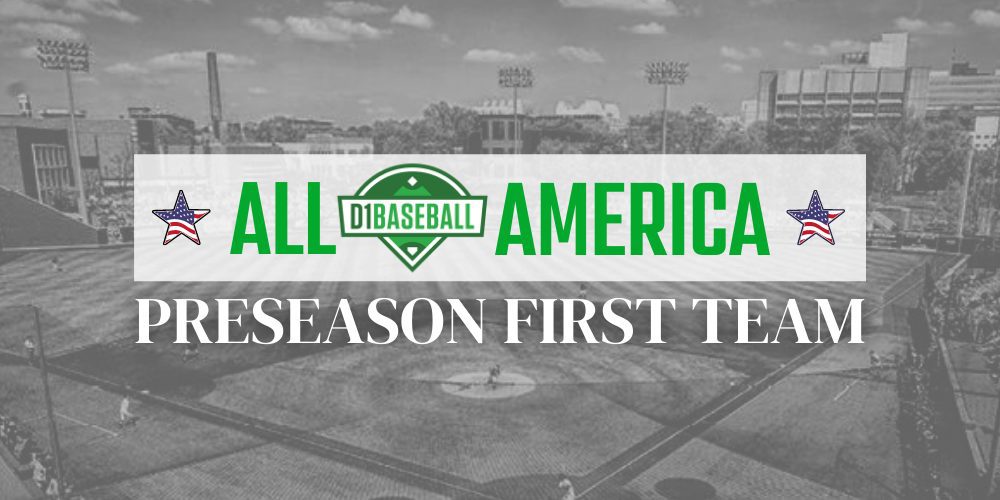 LSU leads all teams with three first-team preseason All-Americans: outfielder Dylan Crews, first baseman Tre’ Morgan, and slugger Jacob Berry (who takes the DH spot on our team). No other program placed multiple players on the first team, and preseason No. 1 Texas is the only other program with three All-Americans overall (first-team closer Aaron Nixon plus second-teamers Pete Hansen and Ivan Melendez).

Eight programs placed two players apiece on our preseason All-America teams: 2021 CWS Finalists Mississippi State and Vanderbilt along with Ole Miss from the SEC; California and Arizona from the Pac-12; Oklahoma State from the Big 12; Florida State from the ACC; and Cal Poly from the Big West.