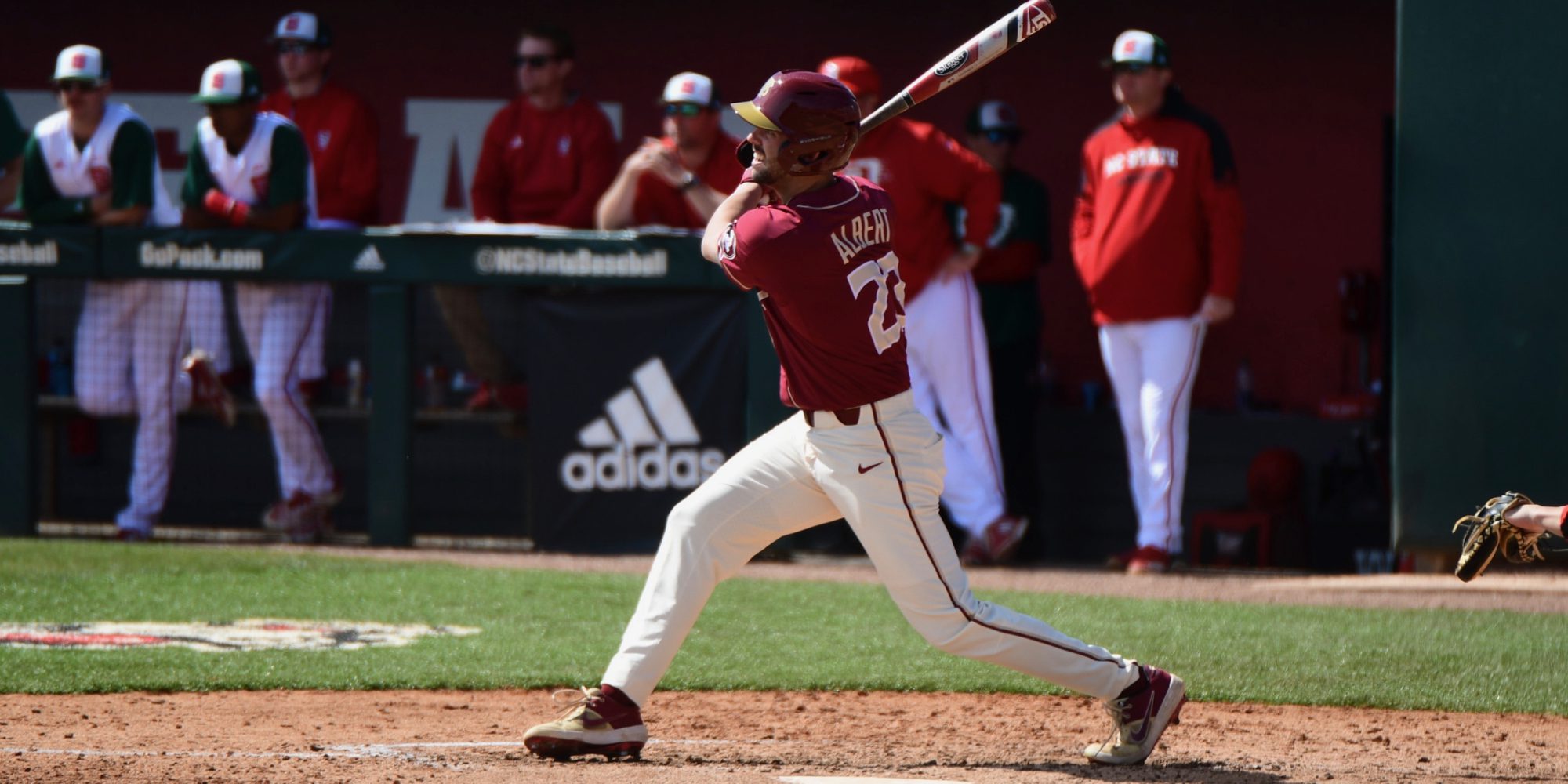 Florida State’s offense was uncharacteristically mediocre last year, ranking 11th in the ACC in batting and seventh in scoring — but they still ranked fourth in the nation in walks and 29th in OBP, as the tried-and-true Seminole plate discipline remained intact. The ‘Noles have ranked among the national leaders in walks for decades, and they surely will again in 2020. Leading hitter Mike Salvatore, top slugger Drew Mendoza and power/speed threat J.C. Flowers are gone, but FSU still has a very talented nucleus to build the lineup around, headlined by potential All-American Reese Albert, whose pretty lefthanded stroke, all-fields approach and all-around tool set make him a likely Day One draft pick next June. …