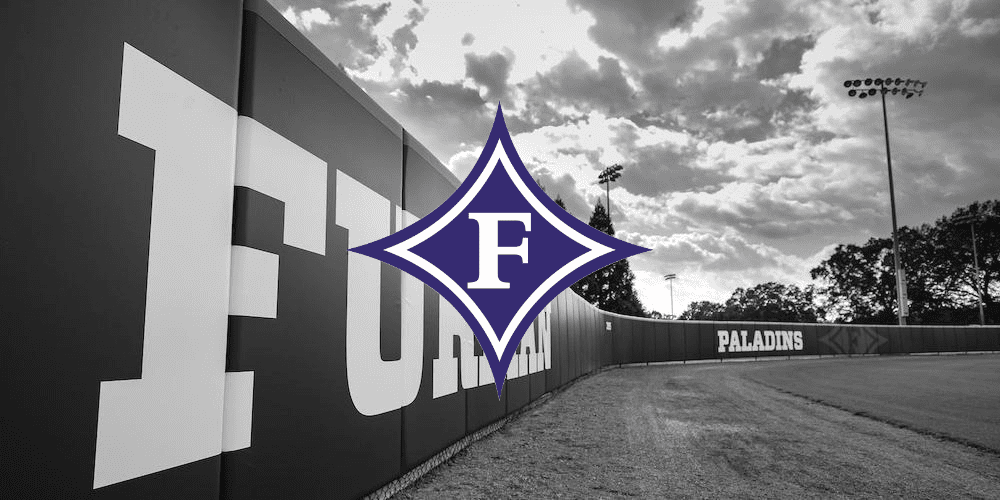 Furman became the second institution in the past week to announce it was cutting baseball, the school announced on Monday, effective immediately.

Bowling Green was the first institution to cut its baseball program last week, and Chicago State was thought to be on the chopping block Monday as well. However, CSU’s Board of Trustees elected to table the vote to cut the baseball program until June 22. There’s no word on how that vote might go, but there were several passionate speeches from current players and supporters during the Board’s conference call Monday afternoon.

As for Furman, this news hits everyone in the Palmetto State rather hard. South Carolina head coach Mark Kingston and Clemson’s Monte Lee both voiced loud support for head coach Brett Harker and his coaching staff, and Mississippi State coach Chris Lemonis, who has strong ties to South Carolina, also voiced his supporter on Twitter. Even some of Furman’s in-state mid-major rivals voiced support, including Winthrop’s Tom Riginos and College of Charleston’s Chad Holbrook.

The decision to punt the baseball program surprised many in the Palmetto State, including Harker. Harker didn’t want to chat about his program getting cut just yet. He wanted time to collect his thoughts, which is understandable. In his words, he was just ‘heartbroken for his players’.

Furman’s elimination of the baseball program comes as the school looks to limit the financial impact left by COVID-19.

“This is a difficult day for Furman Athletics,” said Director of Athletics Jason Donnelly. “We are proud of Furman’s athletics history and tradition and the student-athletes and coaches who have competed as Paladins. Moving forward, Furman Athletics will operate as an 18-sport varsity program that supports academic and athletic excellence, financial stability, gender equity and sustainable competitive success with an emphasis on revenue generation and philanthropy.

“Our immediate focus is on supporting our student-athletes and coaches impacted by today’s decisions, as well as our alumni and fans who so passionately support our programs,” Donnelly added. “The legacy of Furman baseball and men’s lacrosse will be remembered and celebrated.”

“None of these decisions were easy or made lightly,” Furman President Elizabeth Davis said. “But I can say with great sincerity that each was carefully considered and adopted in the interest of advancing the university and fulfilling its academic mission.

“Furman’s greatest qualities,” Davis continued, “are our community’s commitment to serving and nurturing our students and one another, our ability to adapt and meet challenges head on, and our grace and kindness through it all. Working together, we will get through this and emerge a stronger university.”

Furman has instituted a host of other cost-containment measures as well. For instance, the school announced earlier in the COVID-19 era that it was freezing job openings, placing a hold on construction projects and limiting expenditures to only those that were absolutely necessary from an educational standpoint. As part of Monday’s cuts, Furman announced voluntary salary reductions for the school president and other administrators, including Donnelly, the athletic director, and the football and basketball coaches. Furman also proposed a 5.5% reduction in operating budget for the next fiscal year, a reduction of 2.5% in Furman’s contribution to employee retirement plans and summer furloughs for workers with diminished workloads. Lastly, Furman is trimming scholarships in multiple sports and cut men’s lacrosse in this decision. The university, as it looks to save $5 million annually, plans to trim at least 45 scholarships from the budget over the next five years.

In a sliver of good news stemming from this decision, Furman announced it would honor the scholarships of every student-athlete affected by these cuts. However, the university made it abundantly clear there are no plans in place, for now, to save the program or bring it back in the near future.

Furman began its baseball-playing days in 1896 and made five NCAA tournament appearances, including its last in 2005. The Paladins were 8-9 during the 2020 COVID-shortened season, while they went 26-31 overall last season — also winning 13 games in the Southern Conference.

We’re now at two college baseball programs cut because of the coronavirus pandemic, while Chicago State, for now, is hanging on by a thread.

Furman wasn’t the first program to get cut. It also won’t be the last.

I spent 17 years as a player and a coach in the Southern Conference and just shocked today to see @FurmanBaseball dropped their baseball program. I really feel for those coaches, players and baseball alumni. It was always a battle when the Citadel and Furman played each other.

Cant imagine how @Harker31 and his staff feel right now, along with their players. Tremendous people. This is devastating news to all of us in our great state. Everyone involved with @FurmanBaseball is in our prayers!

Thoughts go out to the coaches, players and staff of @FurmanBaseball. A sad day for baseball in our state.

My heart & prayers goes out to @Harker31 and the @FurmanBaseball staff & players. I can not imagine what they are going through. This is a sad day for college baseball and the great state of SC.. @Tharb5

My heart breaks for Danny Schmitz and @Harker31 Two of the classiest guys in college baseball. Honored to have competed against them. Danny had an incredible career and Brett was well on his way to the same. @BGSU_Baseball and @FurmanBaseball will be sorely missed.