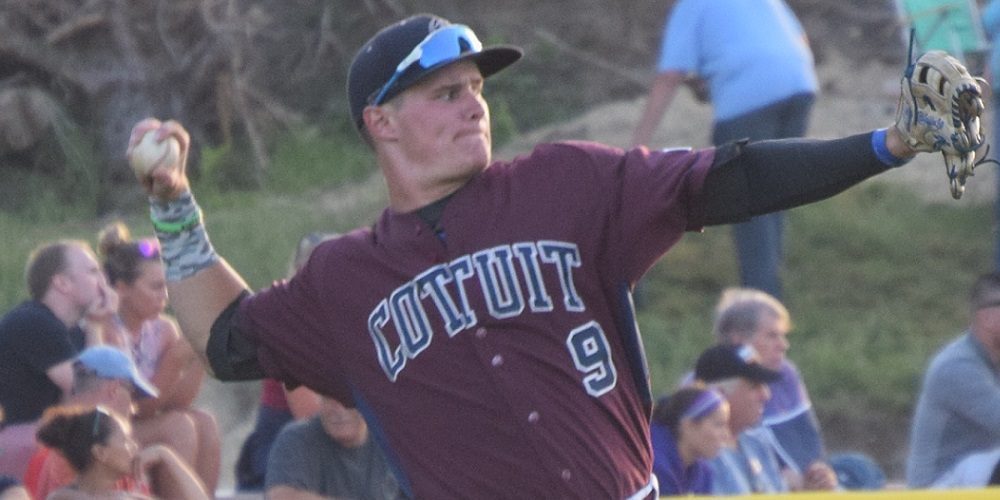 We’ve talked quite a bit about Griffin Conine (2018, of, Duke) so far this summer and for good reason. At this moment, he looks like the heavy favorite to be the top position player prospect in the league. An athletic right fielder with speed and an above-average arm, Conine has lit up the league’s pitching to the tune of a .324/.405/.581 slash line with a league leading seven home runs.

It’s been the approach and ability to hit the ball out of the park from line to line that has impressed scouts the most thus far, and he’s been doing this damage from the top of the Cotuit lineup for manager Mike Roberts. He’s managed to put an emphasis on getting on base and setting the table while also doing more damage as a run producer than arguably any other hitter in the league. He’s shown outstanding barrel control, balance and the bat speed to allow the ball to track deep in the zone.