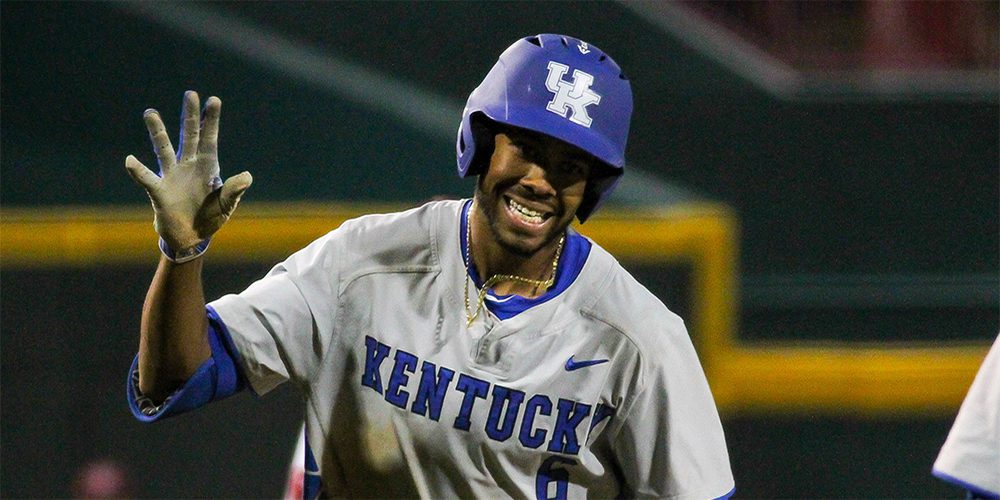 Tristan Pompey (2018, of, Kentucky) is only ten games into his Cape Cod League season, but it already feels like he’s experienced a great deal in his time as a Wareham Gatemen. There was Pompey’s first game when he launched two baseballs into orbit and made a splashy debut with four hits and six RBI. Then, in eight games after that things got very quiet for the switching hitting slugger. He was 2-32 with 16 strikeouts headed into Saturday’s action. As any scout who has seen enough of Pompey will tell you, however, he wasn’t going to stay that quiet for much longer.

Pompey had much better at-bats on Saturday, racking up two hits and a walk from the right side, and he was robbed of a hit when he lined a ball off the pitcher. He didn’t expand the zone, punished mistakes and also took a couple very difficult pitches on the outside part of the plate to the opposite field.