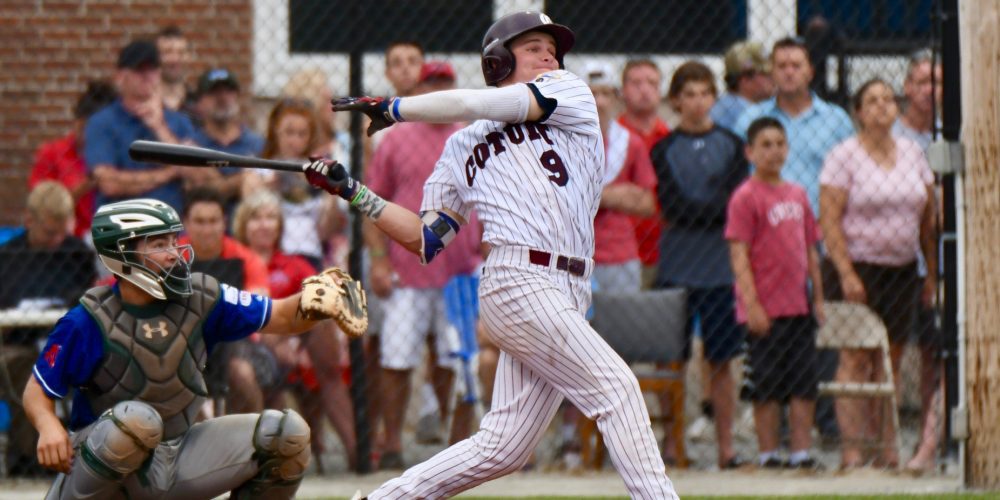 WAREHAM, Mass. — Jeff Conine paused mid-sentence and cocked his head to listen to the announcement over the public-address system at Spillane Field. As his son Griffin Conine, a rising junior outfielder at Duke, was pronounced MVP of the West squad at the Cape Cod League all-star team, Jeff broke out into a wide smile.

“Yeah, of the West side!” Conine answered, beaming.

Roberts was just as excited. “Yeah!” he yelled.

It was a neat moment. A two-time major league all-star who played 17 years in the big leagues, Jeff Conine looked like a guy who couldn’t imagine a thrill much more satisfying than hearing his son named MVP of the Cape League all-star game. And Roberts joined him in that joy not only because he has coached Griffin this summer in Cotuit, but also because the Roberts and Conine families share a deeper bond.

Roberts’ son Brian was a 14-year big leaguer and a two-time all-star himself. When Brian was trying to break in with the Orioles in 2001, Conine (12 years his senior) was an established veteran in Baltimore, and he took Brian under his wing. Now, Brian’s father is getting to share some of his baseball wisdom with Jeff’s son.

“I think Jeff probably mentored my son a lot more than I’m mentoring Griffin. But it’s a small world, it really is,” Mike Roberts said.