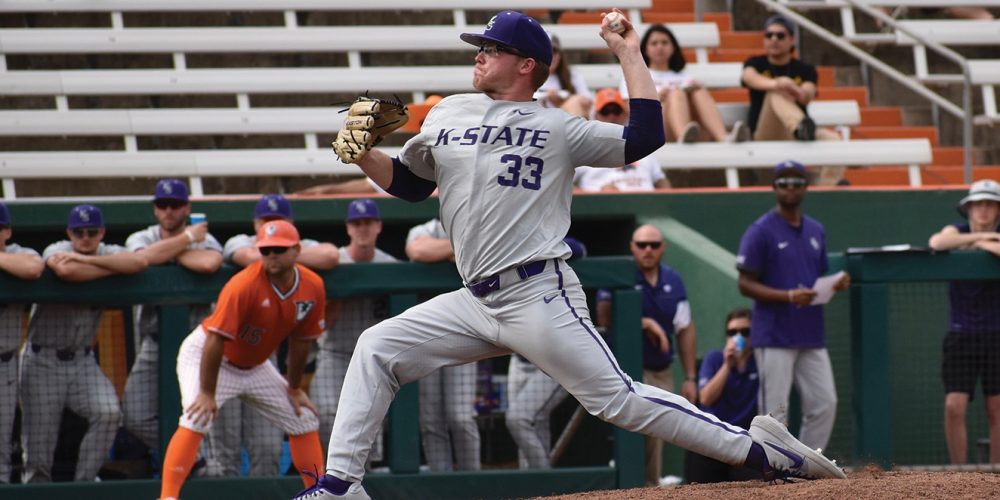 Jordan Wicks’ baseball career got started as the result of a friendly bargain, and some good sense — at Mr. Goodcents.

When Wicks was growing up in Conway, Arkansas, his parents used to play in regular basketball games on Saturdays. After every game, they’d stop by a sub shop called Mr. Goodcents, which was run by a former Kansas State pitcher named Scott Stroth. Wicks was about 4 years old at the time, and Stroth’s son Jack was about the same age.

“We made a deal: I would play on Scott’s baseball team if Jack would play on my soccer team, because my dad was starting a soccer team,” Wicks said. “I played for Scott from the time I was 4 years old until I was 18.”

Stroth never pushed Wicks toward Kansas State, but he was elated when the young lefthander committed to the Wildcats before his senior year of high school. Wicks was a classic “projection guy” in high school, a southpaw with a clean arm action and advanced feel for a changeup, but he worked in the low 80s early in his prep career, then climbed into the mid-80s and bumped high 80s as an upperclassman. He drew interest from other schools, including Oklahoma, where he made a visit — and made a strong impression on then-Sooners head coach Pete Hughes. …

Click below to read the mailbag and use code SUMMER20 to get 25% off an annual subscription!