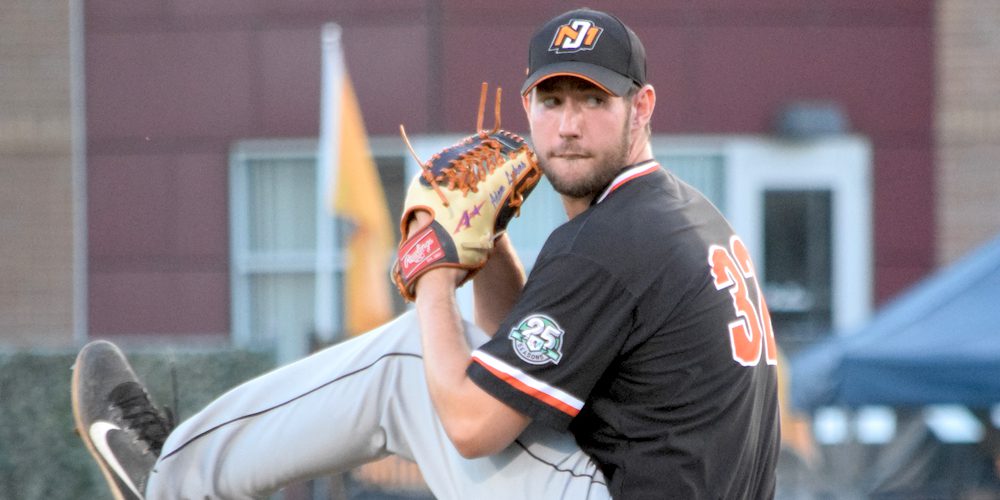 KALAMAZOO, Mich. — We attended the annual Northwoods League All-Star Game in Kalamazoo earlier this week, and as usual, it featured several intriguing prospects.

While the position players led the charge at the annual contest, there also were some interesting arms to watch — namely Evansville righthander Adam Lukas and New Mexico righthander Justin Slaten, among others.

Lukas is a big-time arm who’s just scratching the surface on his potential, while Slaten experienced success last season and is showing this summer he’s ready to take yet another step forward to prominence.

Other intriguing arms caught my attention as well. Who were the standout pitchers from the NWL All-Star Game? It’s time to get the full rundown:

It’s hard to get too excited over a one-inning stint in an All-Star Game, but there’s no doubt Lukas caught everyone’s attention with his electric showing. Lukas struck out 43 and walked 30 in 41.2 innings for the Purple Aces this past spring, while this summer, he has a much better SO:BB ratio at 59 strikeouts vs. 17 walks in 44 innings, along with a 2.04 ERA. It’s easy to see why Lukas has had much success at the NWL. The 6-foot-4, 230-pounder, has a strong, sturdy, and had a very steady/calm demeanor on the mound in front of a large throng of scouts. Lukas attacked hitters with a fastball ranging 91-94 and up to 95 mph. He used it to put away standout Zach Daniels. He also showed a promising slider at 85 mph with some sharp action as his primary secondary option, while he’s shown an upper-80s changeup throughout the summer as well. Lukas has the frame and velocity to be a big-time prospect in 2019, and it’ll be interesting to see if he can hold his velocity as a starter for the Aces next spring. For now, he looks like a reliever at the next level.