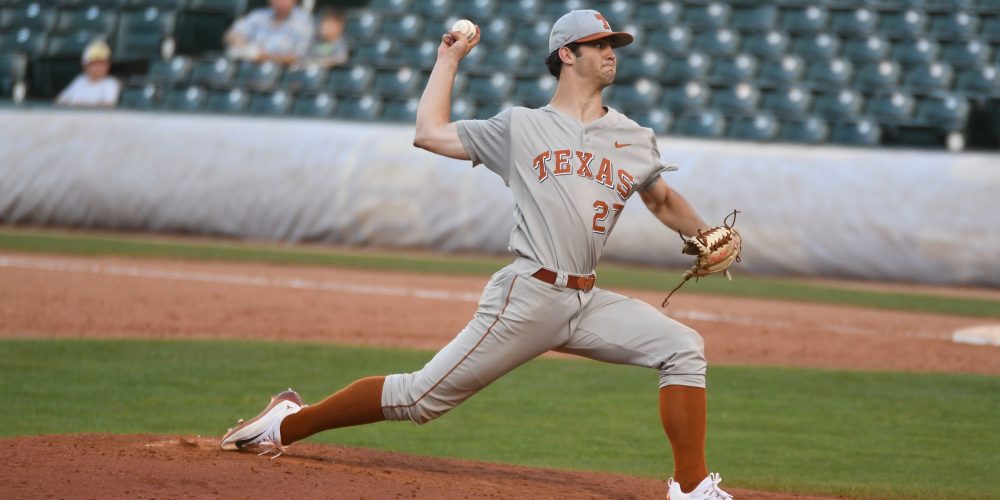 The Santa Barbara Foresters fell short in their bid to repeat as National Baseball Congress World Series champions and claim their record-breaking seventh title, but they showed well in Wichita, and they carried the banner for the California Collegiate League’s pro talent, as usual.

For years, power programs like Texas, Rice, Oklahoma State and Texas Tech have been sending high-end prospects to play for Bill Pintard at Santa Barbara, and those pipelines continued to flow in 2017. So let’s begin our look at the CCL’s talent pool with a breakdown of Santa Barbara’s large crop of prospects, then touch on some other notable prospects around the league.

• Scouts who saw the California Collegiate League were in agreement that Foresters righthander Blair Henley (Texas) was the best prospect in the league. Henley showed glimpses of his potential as a freshman for the Longhorns this spring, posting a 4.23 ERA in 61.2 innings over 17 appearances (10 starts), but he really took a jump forward this summer. For starters, his velocity climbed — he pitched at 88-90 and topped out at 91 in the Big 12 tournament, but this summer he pitched at 89-94, sitting mostly at 90-92 with heavy sink. At 6-foot-3, 200 pounds, Henley needs to continue to add strength to his wiry frame, but he has obvious projection left in his frame. His delivery has some front-side funk that adds deception, but his arm action is clean and quick.

Henley also has feel for a legitimate four-pitch repertoire, highlighted by a sharp 12-to-6 curveball at 72-76 that flashes plus. His changeup has good arm speed and fade, and he incorporated his 82-84 slider more frequently this summer. He’s a groundball machine who posted a 1.73 groundout/airout ratio, and he did an excellent job of getting ahead in counts this summer, throwing 63 percent of his first pitches for strikes. He also has a calm, unflappable mound demeanor. Henley has all the ingredients to be a frontline starter for Texas and a high draft pick as an eligible sophomore next June.