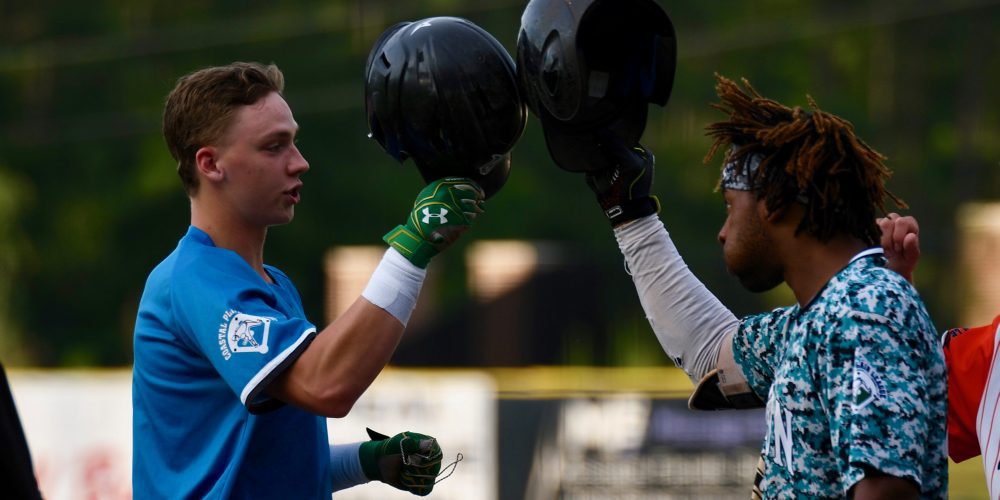 Podkul provided all the East team’s scoring with a two-run homer in the first inning off sidearm righty Alec Bivins. One pitch before the home run, Bivins had fooled Podkul with a front-door slider for a called strike. But Podkul wouldn’t be fooled again when Bivins threw that same pitch again, down and in. He turned on it for a no-doubter homer to left field.

“You’re not supposed to do this as a hitter, but I was actually kind of looking for a slider there with two strikes,” Podkul said. “So if he threw a fastball, he was gonna beat me with it, but I kind of had a feeling he was going to throw a slider, so I lucked out. Sometimes it’s better to be lucky than to be good. But I just put a good swing on it, kind of shortened up, and luckily it went out.”

Call it lucky, or call it a smart approach by a hitter with strength in his 6-foot-2, 195-pound frame. Podkul hit five homers and 15 doubles as a sophomore for Notre Dame this spring, and he has continued to drive the ball this summer, hitting .324/.416/.541 with five homers in 74 at-bats for Morehead City. He has an open stance and gets his hands in good hitting position, and those quick hands really work for him.