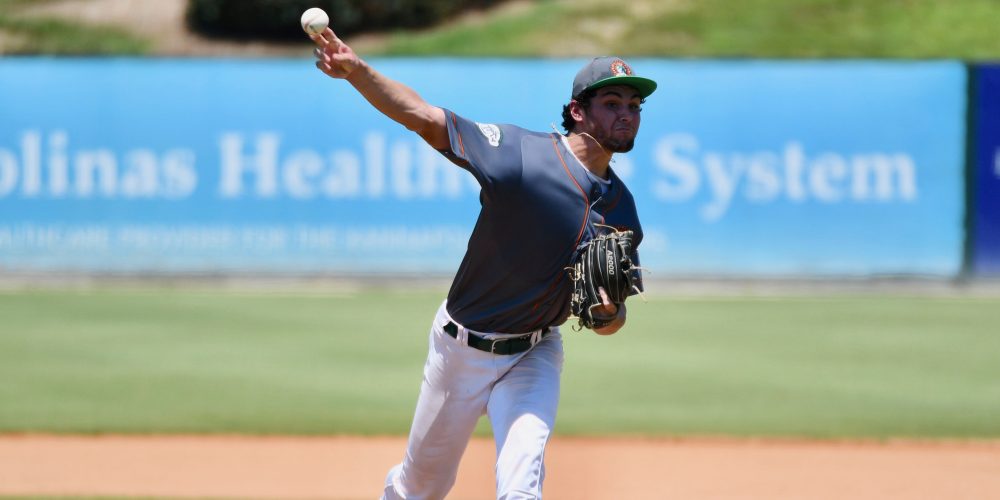 KANNAPOLIS, N.C. — Prospect all-star teams from five different summer leagues competed this weekend in the Southern Collegiate Prospect Showcase at the home of the low Class A Kannapolis Intimidators. The teams from the Valley League and Florida Collegiate Summer League each went 2-0 in the event, and those teams also stood out the most for their talent.

This week, I’ll break down some prospects that stood out for each of the five leagues. We began yesterday with the Valley League. Today let’s cover the Florida League, which pounded the Sunbelt League 13-2 and beat the Ripken League 4-2.

• The most exciting FCSL prospect I saw this weekend was 6-foot-6, 210-pound righthander Tyler Keysor, a rising sophomore at Eastern Florida State JC. With his tall, lean pitcher’s frame, it’s easy to dream on Keysor’s upside, and he already has good present velocity — he worked at 91-93 in his two innings of work Sunday, bumping 94 on my gun (and 95 on a gun in front of me). He struck out four in those two innings, two of them on well-spotted fastballs, one on good curveball and one on an 82 mph changeup. His mid-70s curve showed good 11-to-5 bite, and he threw a harder slurve around 78-81 with more lateral break. His feel for his changeup was also impressive. Keysor has a bit of funk in his three-quarters delivery, which is not without some effort, but that also gave him added deception.