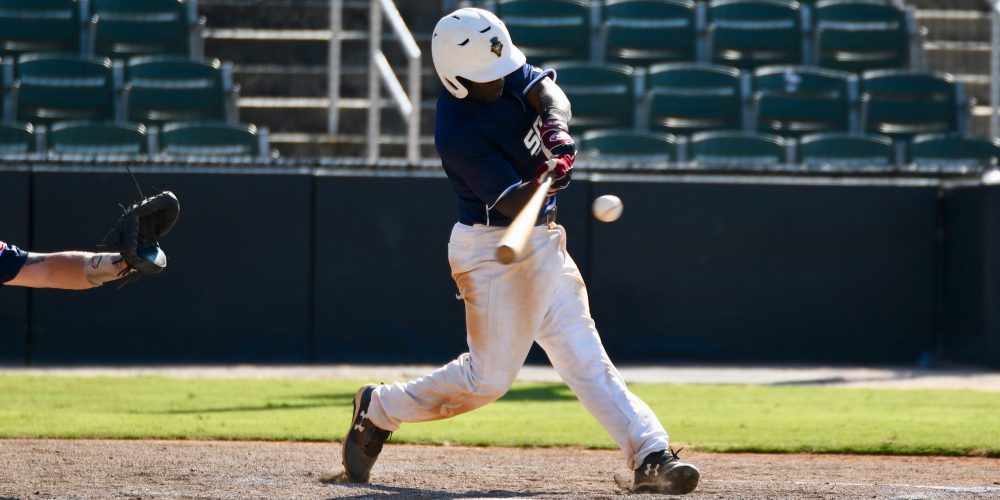 KANNAPOLIS, N.C. — Prospect all-star teams from five different summer leagues competed last weekend in the Southern Collegiate Prospect Showcase at the home of the low Class A Kannapolis Intimidators. This week, I’m break down some prospects that stood out for each of the five leagues. Let’s finish today with a look at the Southern Collegiate Baseball League and the Sunbelt League.

• College of Charleston infielder Dupree Hart has been a favorite of mine for two years now — he’s a dynamic 5-foot-7, 170-pound ball of energy with the versatility to play either middle infield spot or center field. I’ve usually seen him at second base in the past at CofC, so I was eager to see how he’d handle shortstop last weekend — and he didn’t disappoint. While Hart doesn’t have a huge arm from deep in the hole, his range and instincts play very well at short, where he showed good judgment charging slow choppers and threw well on the run. Hart has good speed and a compact righthanded swing that produced consistent, hard line-drive contact. A former star running back in high school, Hart has the athleticism, versatility and hard-nosed style of play to carve out a career in pro ball.