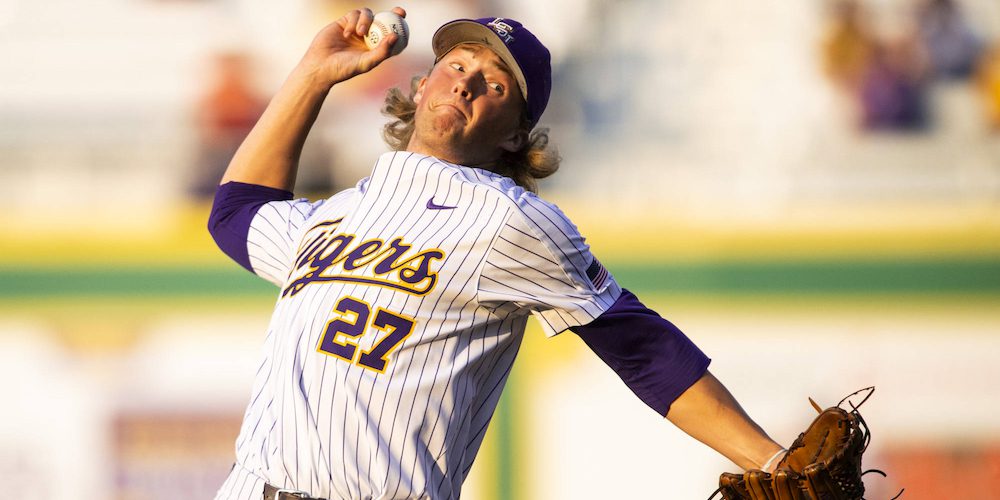 The Texas Collegiate League is experiencing some positive developments with the addition of a franchise in Baton Rouge and more. The league also featured a cornucopia of intriguing MLB draft prospects this summer.

Victoria won the TCL title this season, ending a string of domination by the Brazos Valley Bombers. The Bombers and Generals had identical records throughout the regular season before the Generals won the championship over the defending champions.

In our latest prospect rundown, we take an in-depth look at the leading prospects, along with a break down of each. We have reports on players from LSU, UT Rio Grande Valley, Houston Baptist, McNeese State, Texas A&M, Southeastern Louisiana, Missouri Western, St. Edward’s, Mississippi State, San Jacinto CC, Sam Houston State, Lamar, Texas, Incarnate Word, Kentucky and others.

Without further ado, our dissection of the TCL’s prospects.

Beck has been a fascinating pitcher to watch the past two seasons. He made some statements his freshman season before tallying a 3.67 ERA last year with 45 strikeouts and 23 walks in 34.1 innings last season. Beck is 6-foot-7, 230 pounds, and should have an even more important role for LSU next season. This summer, the tallish righty struck out 47 in 31.2 innings for Acadiana, while also showing premium stuff. Beck sat in the 89-92 range