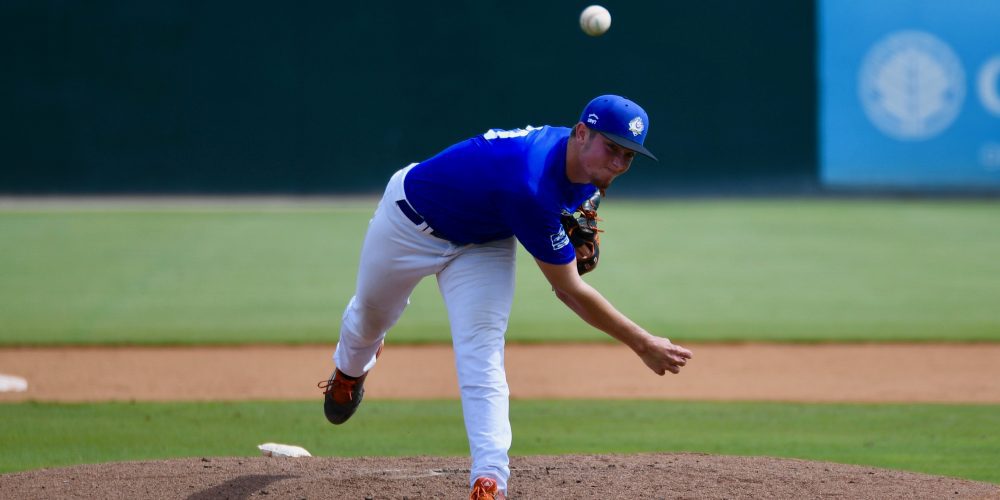 KANNAPOLIS, N.C. — Prospect all-star teams from five different summer leagues competed this weekend in the Southern Collegiate Prospect Showcase at the home of the low Class A Kannapolis Intimidators. The teams from the Valley League and Florida Collegiate Summer League each went 2-0 in the event, and those teams also stood out the most for their talent.

This week, I’ll break down some prospects that stood out for each of the five leagues. Let’s begin today with the Valley, which beat the Southern Collegiate Baseball League 6-0 and beat the Ripken League 3-2.

• The Valley team had the most impressive collection of arms at the showcase. Perhaps the two most intriguing pitching prospects of the weekend worked in the first three innings of Sunday morning’s game against the Ripken League. Zach Peek, a 6-foot-3, 196-pound rising sophomore at Winthrop, worked at 92-94 mph and showed a quality 77-81 three-quarters breaking ball with good depth during his perfect inning of work. Peek through 56 innings as a freshman this spring, making five starts among his 24 appearances, and he has thrived in a starting role this summer for the Strasburg Express, going 4-0, 1.41 with a 34-5 K-BB mark in 32 innings. He has the athletic frame and exciting stuff to become a legit frontline starter for the Eagles over the next two years, and he could blossom into a high-round pick in 2019.