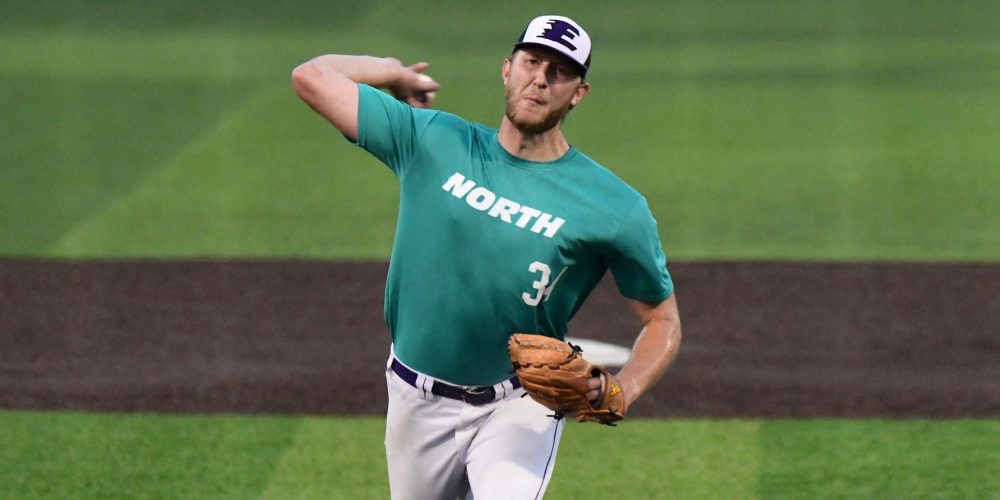 HARRISONBURG, Va. — Sunday was Day One of the 2021 draft, but it was also all-star night in the Valley League. So I decided to multitask, keeping one eye on the proceedings in Denver while the other scoped out potential breakout talents in the Valley. The headliners in Harrisonburg were a handful of power arms, but several position players also made nice impressions. Here’s a look at the event’s standouts, starting with the pitchers.

• The top arms were representing the North squad in the all-star game, led by West Virginia righthander Daniel Ouderkirk, a 6-foot-9, 250-pound behemoth[…]