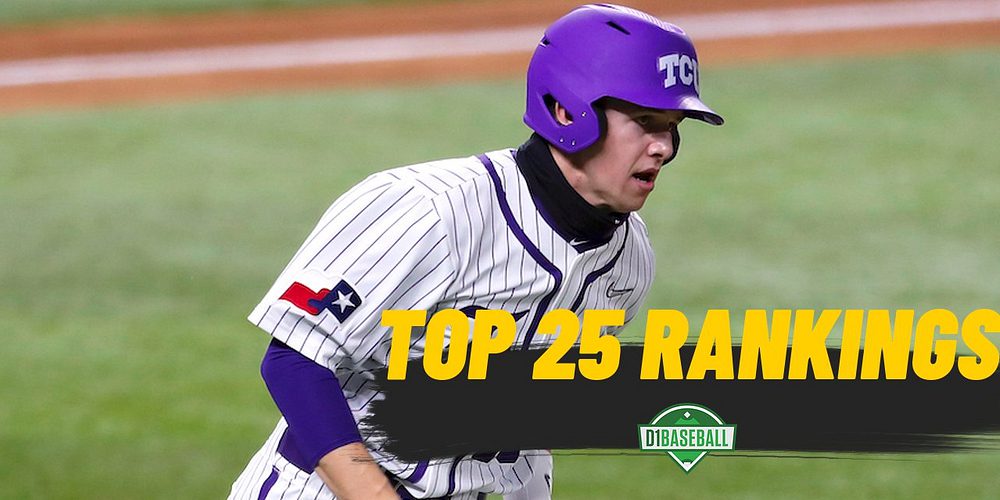 The top four teams remained the same in the D1Baseball Top 25 rankings, led by No. 1 Arkansas. Vanderbilt stayed No. 2 after taking a road series at Tennessee, which fell one spot to No. 6. Texas, Mississippi State and Texas Tech round out the top five.

TCU leapt back into the top 10 after sweeping a series from then-No. 13 Oklahoma State. The Horned Frogs vaulted four spots from No. 12 to No. 8. The Cowboys tumbled 11 spots to No. 24. The other big faller of the week is Ole Miss, which fell six spots to No. 12 after dropping two of three at Mississippi State, the third straight series loss for the Rebels. And Virginia Tech dropped five spots to No. 22 after losing a home series to Georgia Tech.

D1Baseball editors and national writers determine the Top 25 rankings. Records are through games of April 18.