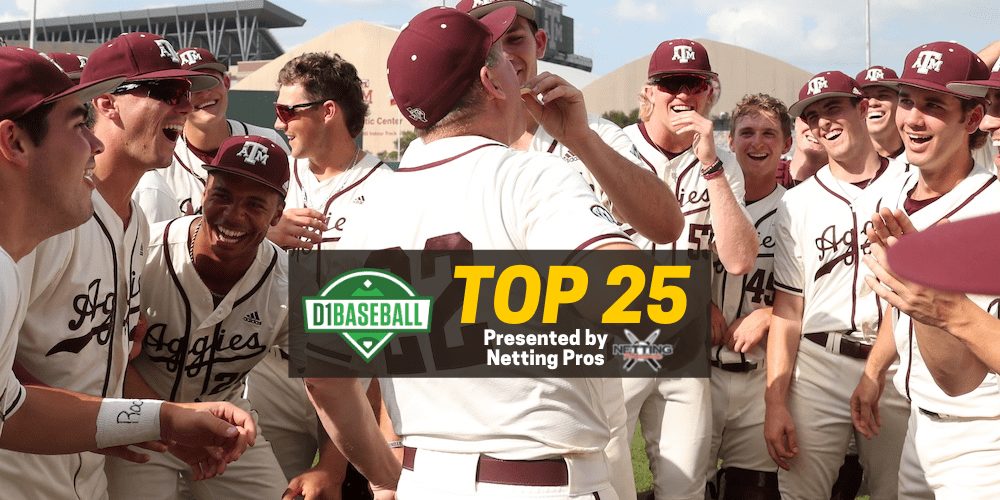 The D1Baseball Top 25 Rankings had some serious upheaval last week with 15 ranked teams losing weekend series. But the opposite was true this past weekend, as only four teams from last week’s Top 25 lost their respective series, one of those being Oklahoma State, who dropped a series to also ranked TCU.

The one constant? Tennessee. The Volunteers are the top team in the land yet again this week after hitting the road and doing a clean sweep of Florida. The Vols are off to the best start in SEC history.

As for the rest of the Top 10, there wasn’t a ton of movement in this week’s rankings. Miami moved from No. 5 to No. 3 following a home series win over Pittsburgh, Arkansas dropped a spot to five and Stanford is up a spot from No. 7 to No. 6. Oklahoma State dropped three spots to No. 8 following the series loss to the Horned Frogs.

There was little room for movement in the teens with almost everyone taking care of business in impressive fashion. That’s bad news for teams like Louisville, Notre Dame and TCU, who certainly had a case to surge in the latest rankings.