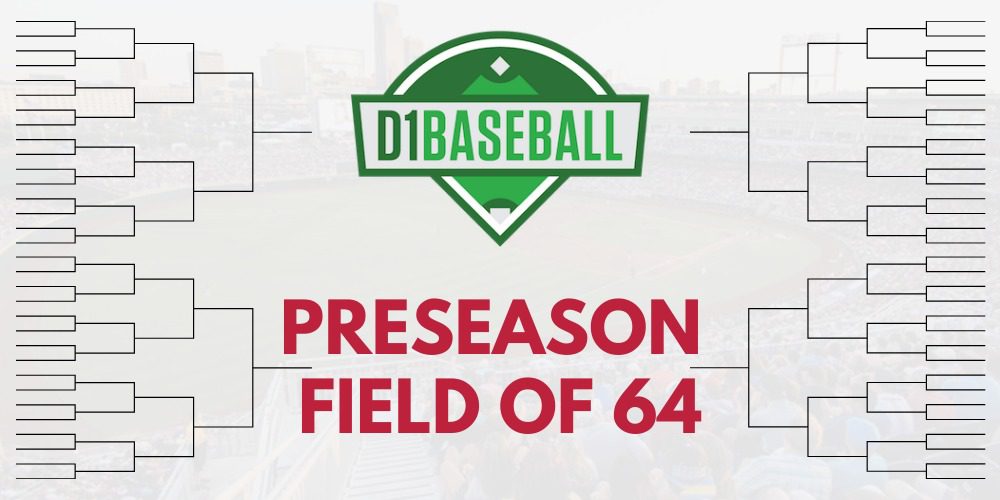 A highly anticipated college baseball season is finally here, and if everything goes as planned (which is asking for a lot these days), here’s our look at how the NCAA tournament field and seedings would play out.

In terms of the top eight national seeds, the ultra-loaded Southeastern Conference leads the way with four teams, while the Big 12 has two teams and the Pac 12 and ACC each have two clubs.

The SEC is the leader in terms of hosts, too, with six teams expected to host, while the ACC has four, Big 12 has three, Pac 12 has two and Big West has one.

Overall, the SEC headlines all leagues with an expected 11 bids to the postseason, while the ACC is close behind with 10 bids. After those two conferences, the Big 12 is next in line with a whopping six bids — out of nine total teams, and the Big Ten and Pac 12 each have four teams in the projections. Additionally, the American has three teams while the Big West and Conference USA each have two representatives.

There are two conferences to note when perusing the projections. First, the Big Ten will play a conference only schedule this spring, so giving the league four bids might be a stretch. With limited RPI profiles this season, the Regional Advisory Committee (RAC) will be more important than ever. Meanwhile, the Ivy League will not play a conference schedule, thus will not have an automatic bid to the NCAA tournament.