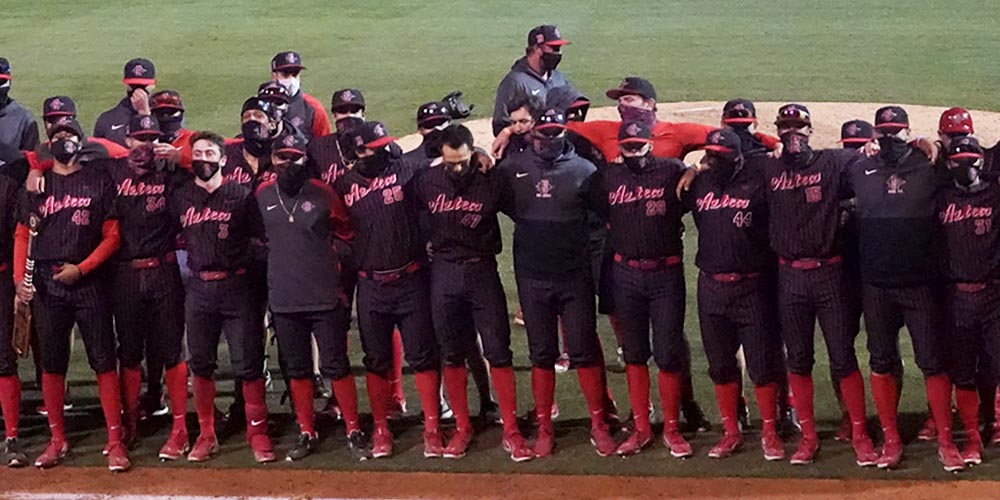 SAN DIEGO — In the words of Mike Patrick, Hoh-Lee-Cow.

San Diego State escaped a pair of upset bids from gutty, young New Mexico to pick up 10-9 and 5-4 wins in doubleheader action at Tony Gwynn Stadium on Friday. Both games came down to the final swing of the bat for the Aztecs. And both games would also end up being a gut-punch to the Lobos as they had chances to win both of these games.

But as Smoke Laval once famously said at the College World Series in the early 2000s, “That’s baseball.”

Going into this doubleheader between[…]