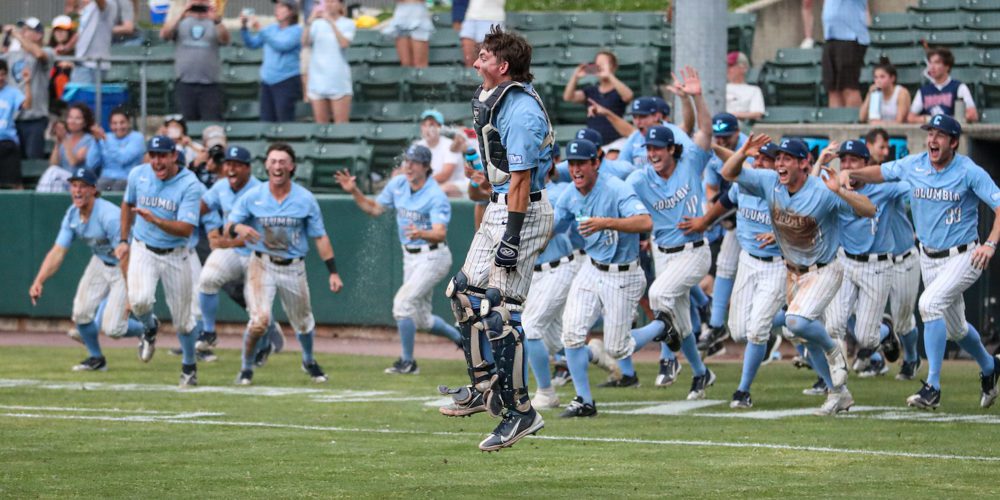 PHILADELPHIA — Rain that had been threatening to delay what seemed like the inevitable for four innings finally arrived in a sudden outburst. But no one on the field celebrating in a Columbia uniform cared.

Almost immediately after the final out secured the 2022 Ivy League Championship series for the Lions and the team unraveled its subsequent dog pile, a summer thunderstorm popped up, drenching the celebrating Lions. They were handed the championship trophy without any grandeur as an announcement was made over the public address system for everyone to exit Meiklejohn Stadium.