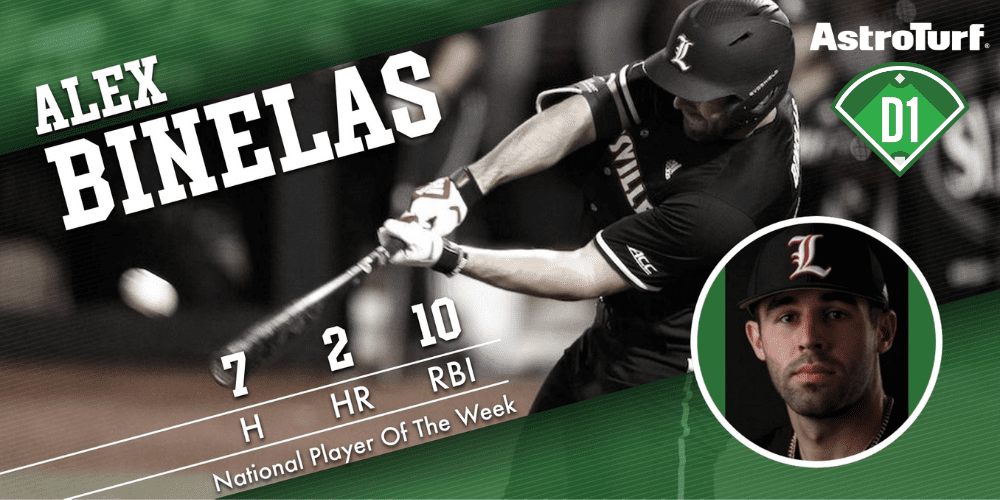 Louisville once again appears to be the class of the Atlantic Coast Conference early the season, and it might be on the way to more success with All-American Alex Binelas finally starting to heat up.

For his production for the Cardinals over the past week, the hard-hitting U of L slugger is our latest D1Baseball/AstroTurf National Player of the Week.

Binelas, a 6-foot-3, 225-pounder, has had a fruitful career with the Cardinals, but admittedly got off to a pretty slow start at the plate. With that said, his fortunes have suddenly changed over the past week. He was terrific in three games for the Cardinals last week, going 7-for-10 (.700) with two home runs and two triples to help lead Louisville to a 2-1 weekly record and a road series split against red-hot Notre Dame.

Binelas being back on track is bad news for future ACC opponents, and his surge comes at precisely the right time for Dan McDonnell’s club.