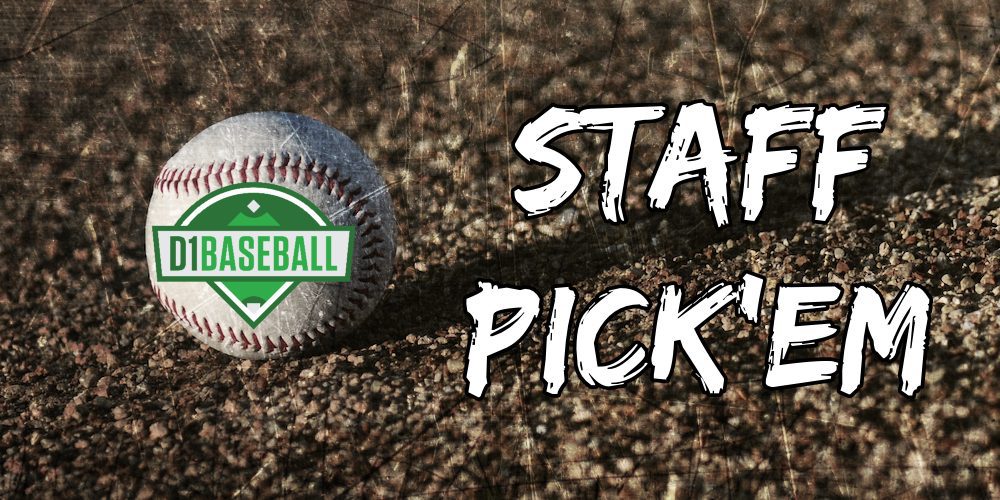 Eric Sorenson went 3-1 in his picks last week to pull back into a tie for first place with Mark Etheridge at 18-12, but Mike Rooney and Burke Granger are nipping at their heels, just one game back. Since the Louisville/Notre Dame series ended in a split last week when the rubber game was canceled, we’re making up for it by picking six series this week, highlighted by a big showdown in the SEC and a battle between Top 25 Northern upstarts in the ACC. Here are this week’s picks, presented a day early because many series start on Thursday[…]

〈
Previous Article The D1Baseball Weekend Preview Show: Week 7
Next Article The Baldcast: Who Are The Top New Coaches?
〉