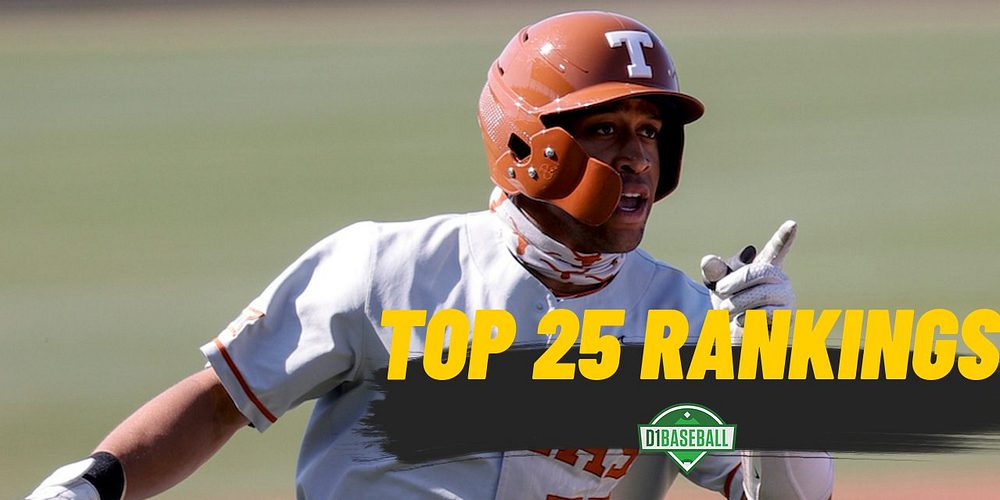 There was plenty of upheaval outside the top five, thanks to a number of ranked teams losing series. Georgia Tech jumped five spots to No. 6 after winning its fourth ACC series in five tries, taking two of three at Duke. The Yellow Jackets leapfrogged Louisville, which remained No. 7 after splitting two games at then-No. 14 Notre Dame. The Jackets own a head-to-head series win over the Cardinals.

Oklahoma State (up four spots to No. 16) and Louisiana Tech (up six spots to No. 17 after taking three of four at Southern Miss) also made big moves.