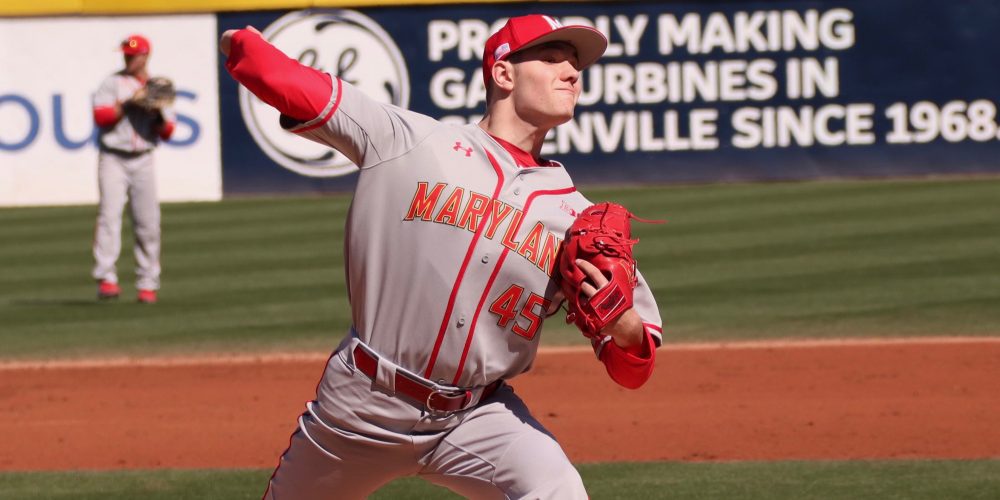 Entering Sunday’s action, opening weekend hadn’t been going Maryland’s way. The Terrapins had sent their three established starters – Sean Burke, Sean Fisher and Connor Staine – to the mound and all three enjoyed varying levels of success. They didn’t have a win to show for it, however, as Michigan State looked to make it a clean, four-game sweep in the Greenville, S.C. pod.

True freshman righthander Jason Savacool had different ideas, and he responded by tossing a complete game in his collegiate debut to deliver the Terps their first win of the 2021 season while salvaging the weekend.