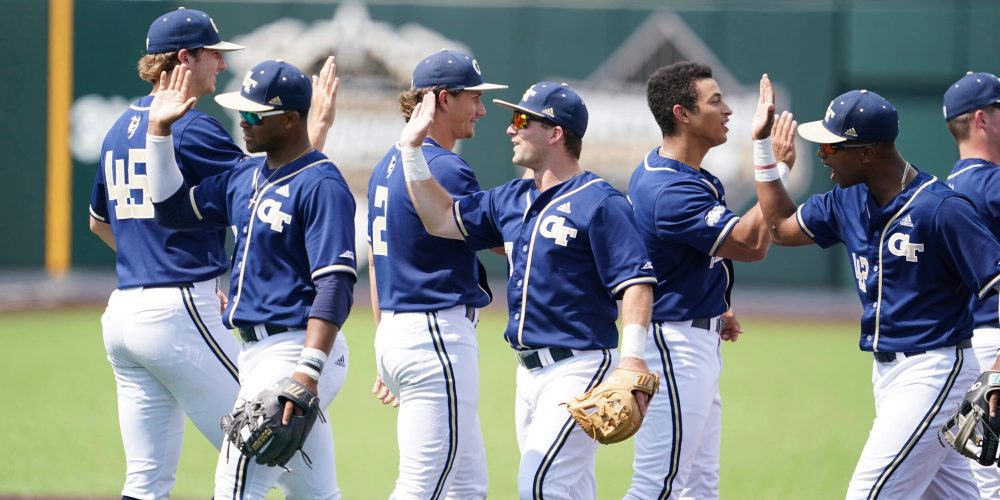 NASHVILLE, Tenn. – Making its second regional appearances in as many seasons, Indiana State’s experience showed for much of the opening game, controlling the tempo and leading most of the afternoon. Ultimately, however, Georgia Tech’s potent offense proved to be too much, as the Yellow Jackets batted around in a critical seventh inning, putting up a crooked number against the two of the best arms in Indiana State’s bullpen to emerge with 7-6 victory.

The Sycamores struck first, getting back-to-back singles from Jordan Schaffer and Ellison Hanna to open the game. After Sean[…]