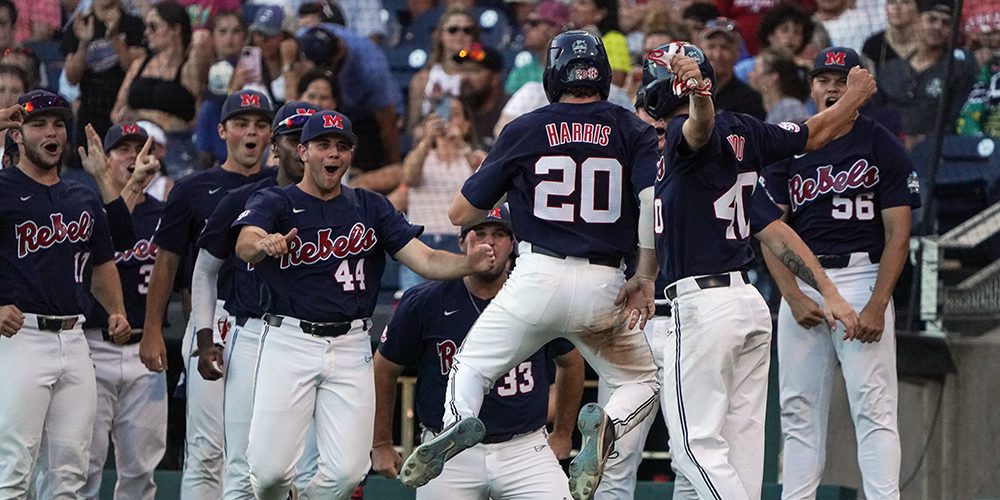 OMAHA — Ole Miss is saving its best for last.

By this point, it’s like a broken record how many times it has been said. But as the 64th and final team in the NCAA tournament, it would’ve been easy to discount the Rebels’ chances to make a deep postseason run, much less get into the driver’s seat at the College World Series.

But here we are, and just like their rival Mississippi State at last year’s CWS, Mike Bianco’s club is 2-0 in the tournament after blowing out Arkansas, 13-5, on Monday night.

The Rebels are a win away[…]