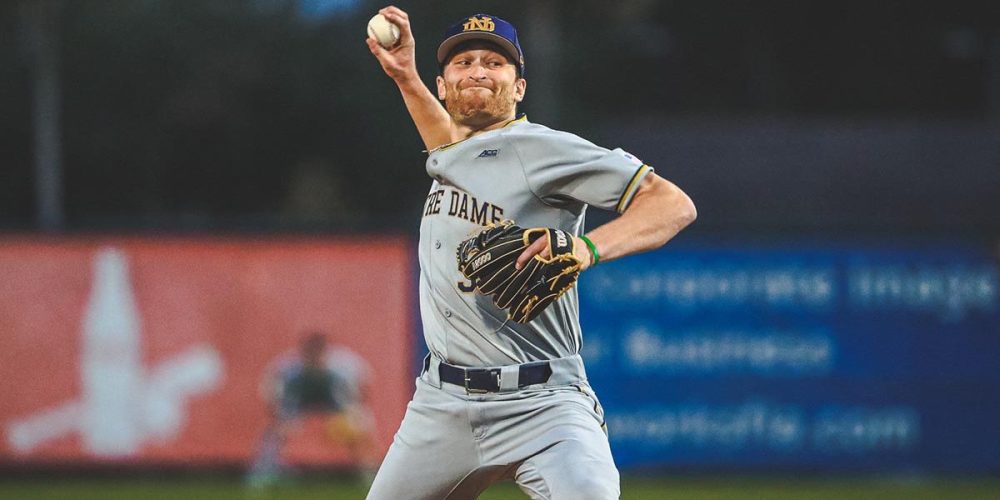 MINNEAPOLIS — Through the first 10 games of the year the Notre Dame baseball team has picked up where it left off, recently moving up to ninth as part of D1Baseball’s Top 25. At this time last year the Irish were viewed as a potential breakout team, but it would have been hard to predict they would have ended the year in the super regional final against the eventual national champions, Mississippi State. Had Game 1 of that series taken a different path, they could have emerged from Starkville by punching their ticket to Omaha.