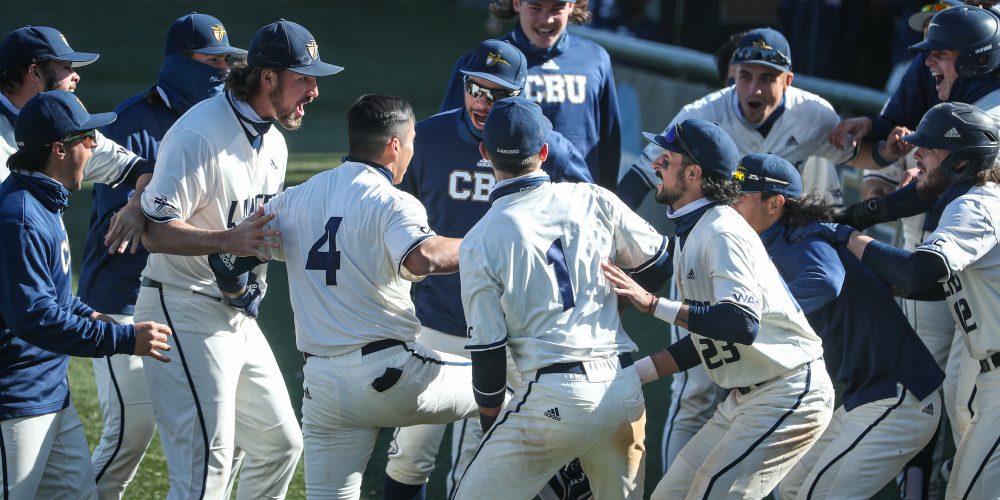 RIVERSIDE, Calif. — The finale of a sneaky good matchup off the Southern California beaten path between two teams that could do some damage in their respective conferences came down to a team’s final at-bat.

Defending co-WAC champion Cal Baptist put up a five-spot in the eighth inning Sunday to pull away and salvage the finale of a four-game series with 2019 WCC tournament runner-up Saint Mary’s, who had leveled the score in the top half of the inning at Totman Stadium. Ulises Caballero struck the decisive blow in the 8-5 victory with a three-run home run that helped[…]