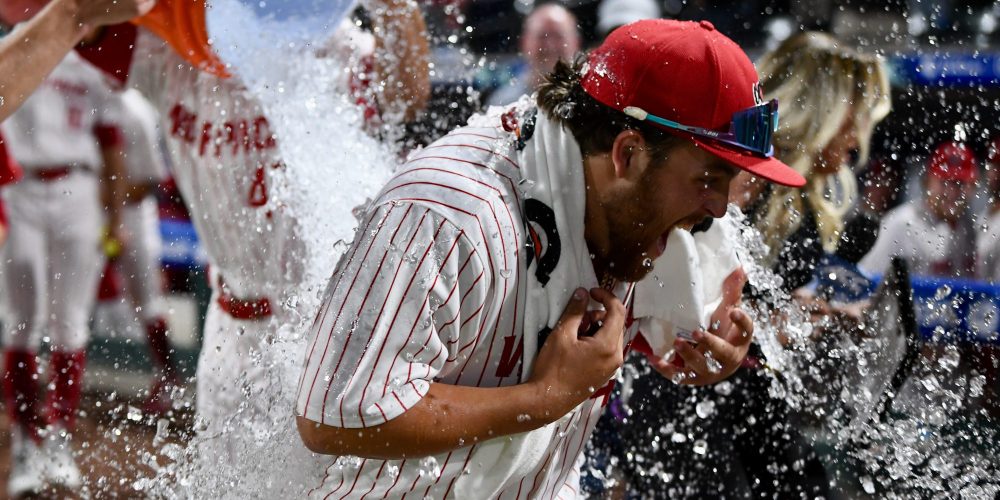 “I said, ‘Tommy, this guy, he had 25 home runs, which is the all-time NC State record with Tracy Woodson. And maybe one day you’ll get a chance to break that record.’ I just didn’t think it would happen in his freshman year. Coach Hart told me it’s the all-time freshman record in the NCAA, and that’s a lot of great hitters[…]