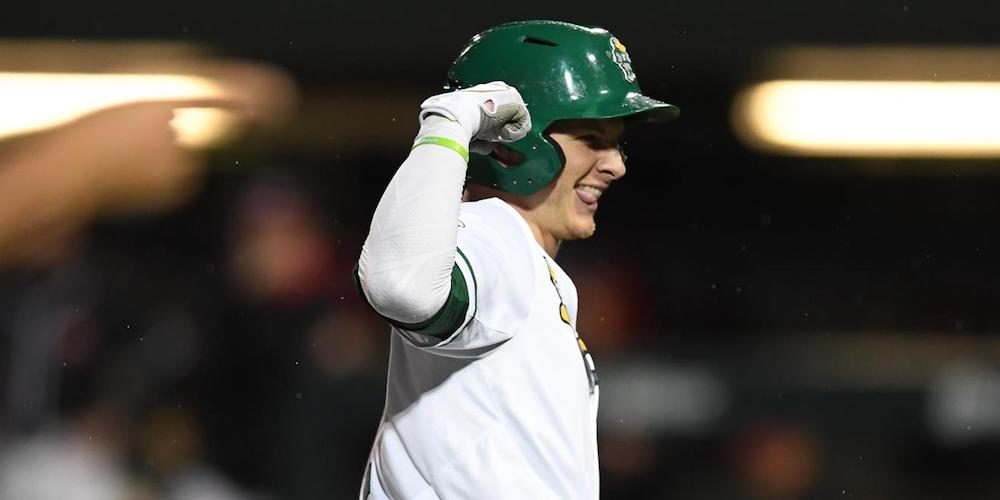 Defending national champion Ole Miss got a slow start navigating the NCAA Transfer Portal because of its magical run through the College World Series, but Mike Bianco’s club added two strong names to their roster on Sunday as Northwestern’s Anthony Calarco and Tulane’s Ethan Groff announced they were transferring to play for the Rebels.

Calarco is a 6-foot-3, 215-pounder, who will complete his eligibility for the Rebels in 2023. The hard-hitting first baseman has logged a lot of at bats throughout his collegiate career, and should serve as a quality replacement for departed Ole Miss first baseman Tim Elko.

Calarco had limited at bats in his first two seasons with the Wildcats before hitting .295 with nine home runs two seasons ago. Last season, he took a huge step forward from a consistency standpoint, hitting .325 with 18 doubles, 13 home runs and 54 RBIs, while also tallying a 1.051 OPS. Interestingly, Calarco showed balance from an average standpoint against right and lefthanded pitchers, while showing more propensity to hit with power against righties. For instance, he hit .281 against lefties with one home run, while he hit .338 against righties with 12 home runs.

The other pickup, Groff, is the more heralded of the duo.

Groff, a 6-foot, 200-pounder, was one of the most improved players in Division I Baseball this past season. He hit .190 for the Green Wave two seasons ago before taking a giant leap in 2022, putting together All-American numbers with a .404 average, 15 doubles, two triples, nine home runs and 35 RBIs. He also tallied an OBP over .500 and finished the season with a 1.212 OPS. Much like Calarco, Groff showed balance from an average standpoint against both right and lefthanded pitchers. He hit .444 against lefties with two home runs, while he hit .391 against righties with seven home runs. Groff would’ve been a slam-dunk All-American had he not suffered an injury the second half of the season. He will be a fourth-year junior in 2023.

We wrote about Groff earlier this season when he was sizzling hot and impressed during a weekend series against Houston. At the time, former Tulane head coach Travis Jewett said this about Groff’s improvements over the past year.

“It was good to see him play well tonight. You know, it’s been a struggle for him at times throughout his career. It’s really been his whole career,” Tulane coach Travis Jewett said. “He’s had some injuries, some position changes, things like that, and it’s taken him some time to get comfortable.

“The thing I’m most proud of with Ethan is his ability to stick to it,” he added. “A lot of people in his position in his career would’ve looked at the situation and likely have given in and given up. But he never did that.”

Groff’s addition comes at a good time for the Rebels. Ole Miss will return center fielder TJ McCants and right fielder Calvin Harris (though Harris will likely move behind the plate next spring), but had an opening with veteran Kevin Graham, who was a key part of their national title run, departing. Now, the final outfield position is filled with someone with a wealth of experience, and a recent history of success.

Calarco and Groff are the two most prominent additions out of the portal for the Rebels. Former Florida righthanded pitcher Nick Pogue was expected to head to Oxford, too, but he signed as a Non-Drafted Free Agent with the Washington Nationals last week.

Ole Miss will have some hole to fill between now and next spring, but these additions should help in a big way.

As for the rest of the Transfer Portal, all eyes are on what Air Force two-way standout Paul Skenes will decide. The All-American is reportedly down to LSU, Vanderbilt, Mississippi State and Arkansas.