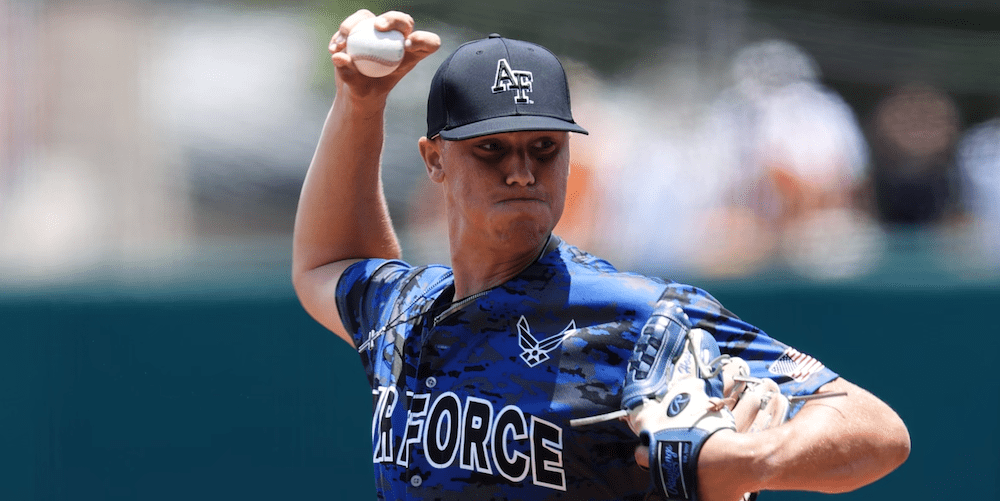 LSU had already put together quite an impressive haul out of the transfer portal this summer, but its situation got even better on Thursday as First Team All-American two-way standout Paul Skenes, the most coveted remaining player in the portal, committed to the Tigers.

Skenes chose the Tigers over Mississippi State, Arkansas, Tennessee, Texas and Vanderbilt, and his decision culminates what has been a wild summer in the portal for Jay Johnson’s coaching staff.

“I think it was just the best fit for me to develop as a player during my draft year — both as a hitter and pitcher,” Skenes told D1Baseball. “I really clicked with the coaches and I think the culture of the team and the atmosphere at LSU presented the best opportunity for me to enjoy this year as well.”

As a pitcher, Skenes should settle in to the LSU weekend rotation in the spring. Skenes has a tall and physical frame and showcases a fastball that sits in the 93-95 and up to 96 mph range. Skenes also will attack hitters with a mid-80s slider that’s filthy at times. As a hitter, Skenes has a big-time presence in the box and certainly can hit for some serious raw power. Should Skenes continue to evolve as a pitcher and sharpen his secondary stuff, his stock as a prospect will continue to rise.

Though his presence will be felt at the plate, too, the most important contribution from Skenes likely will be on the mound as he looks to help solidify the LSU weekend rotation, which was an issue during the 2022 season. Skenes joins UCLA transfer righthanded pitcher Thatcher Hurd, who was having a strong freshman campaign before a back injury sidelined him for the rest of the season. Hurd’s back continues to make progress and he will be ready to roll in the spring. LSU also added talented righthanded pitcher Christian Little from Vanderbilt, while they welcome back hard-throwing Grant Taylor, among others.

LSU fell short of the College World Series in Johnson’s first season, reaching the Hattiesburg Regional title game against Southern Mississippi. However, it’s clear the Tigers are serious about getting back to Omaha sooner rather than later.

In addition to Skenes, the Tigers have landed seven players out of the transfer portal this summer. Dylan Tebrake, one of those pickups, signed with the Mets after getting drafted, while the Tigers are still waiting on decisions from middle infielders Carter Young and Jack Pineda. Pineda deciding to head to Baton Rouge this fall would be considered a slight surprise.

No matter what happens on that front, the future looks bright for LSU. It welcomes a star-studded prep recruiting class to campus this fall, and it added the two most coveted players to enter the transfer portal this summer — Skenes and NC State hard-hitting first baseman Tommy White.

Paul Skenes is a Tiger.

Check out more than 2,400 transfers and 500 destinations with access to the D1Baseball Transfer Tracker, here.