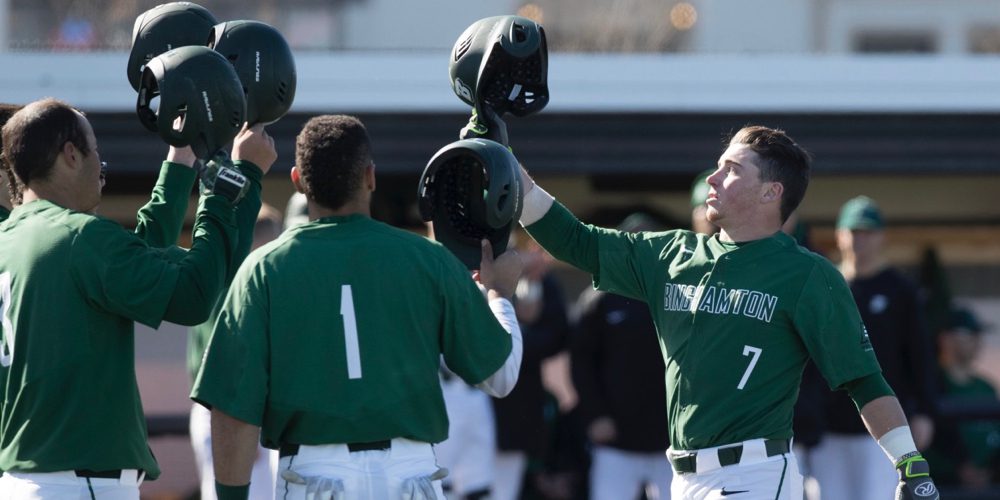 It’s not true that 5-foot-10 senior catcher Eddie Posavec used to be a lot taller in early 2014.

But it is a fact that he was beaten down that season when he caught 336 consecutive Binghamton innings, a span of 37-plus games.

Binghamton had two other catchers on the roster that year, a freshman who had elbow surgery before the season started and a veteran who tore his labrum five weeks into the year. Posavec, just a freshman at the time, was pressed into full-time service with no backup. He would get hurt …[…]