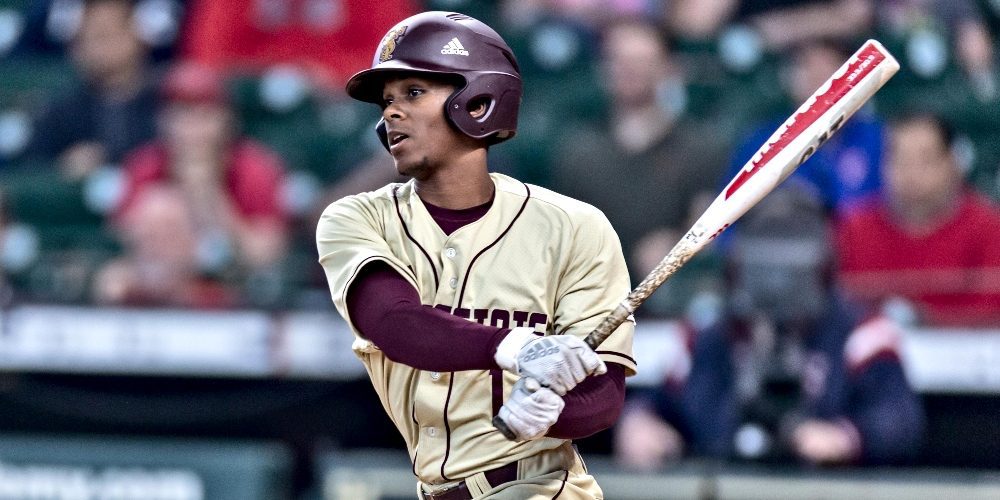 It took a while, but Texas State might’ve found that spark that could catapult the program to new heights moving forward.

And it happened earlier this season, the third weekend of the season to be exact. The Bobcats began the year in impressive fashion, having successful weekends the first two weeks. However, everyone wanted to see how they’d fare against name-brand teams at the Shriners College Classic. Texas State head coach Ty Harrington was one of those people.

He didn’t head back to San Marcos, Texas, disappointed.

Texas State made an incredible impression. It shutout Rice 1-0 in the first game with righthander Nicholas Fraze out-dueling premier prospect Matt Canterino. The next night, the Bobcats cruised past Houston 9-4 before having a ninth-inning lead against Baylor in the weekend finale, only to lose the game in heartbreaking fashion. The Bobcats were that close to going 3-0 with a win over the Big 12-leading Bears. Sure, they would’ve liked to finish off that win, but the statement had already been made.

This was going to be a much different season for Harrington’s club.

“We had some question marks going into the season and we were trying to answer those. And I felt like our schedule was really hard,” Harrington said. “I just think at Shriners, we gained a lot of confidence. No one knows how you’re going to do until you go there and face those teams, but I think it built some confidence. It built some genuine confidence in our club.

“I thought we threw the ball really well that weekend,” he continued. “We were still evolving offensively, but we did well that weekend, and I thought we played great defense that weekend as well. Because of the competition and setting, it felt like a postseason event and it was a good test for our guys. We came out of that tournament feeling pretty good about ourselves.”