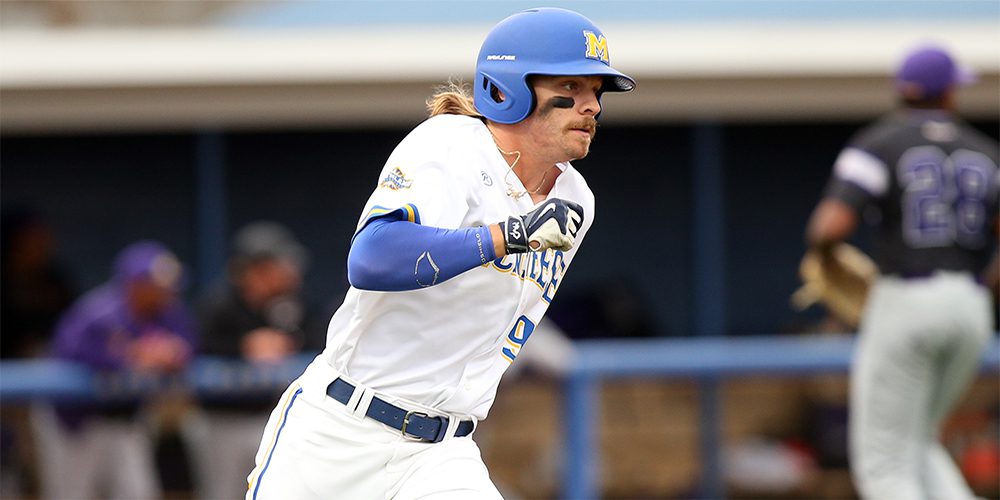 Winning appears to be contagious in the State of Louisiana, and McNeese State head coach Justin Hill and his team hope to do something in about a month that only has been done twice in program history — make the NCAA postseason.

While many around the country will look at LSU, Tulane and Louisiana-Lafayette as the obvious ringleaders in Louisiana, there are others, such as the Cowboys, making some impressive strides. Louisiana Tech spent the 1970s as a program with consistent postseason aspirations. However, after it made back-to-back NCAA appearances in 1986 and ’87, the Bulldogs didn’t make their way to the postseason again until former coach Greg Goff guided the club there last season.

What Hill and the Cowboys are accomplishing isn’t quite that unexpected. This McNeese program has made strides under his tutelage and have some history with Tony Robichaux and Todd Butler former coaches in the program. However, the postseason history just isn’t there … yet, as the Cowboys have made postseason appearances in 1993 and 2003. That’s it.

This team appears destined to change that trend. The Cowboys still have a long way to go to punch their ticket to the postseason, but boy do things look good right now. McNeese is 26-10 overall, 16-2 in the Southland Conference and most importantly, have a high RPI of 18. There are no ands or buts about it, the Pokes would be in the postseason if the season ended today.

That’s the reality of their situation, and Hill isn’t shying away from it.

“It’s exciting and it’s something we’ve talked with our leadership council about,” Hill said about the team’s current RPI and situation. “It’s a great honor for these guys. It doesn’t really matter what people think, you must go out there and enjoy this and you must embrace it. You put yourself in this situation.

“We’ve been getting everyone’s best effort and that has made us a better club,” he continued. “We’re not going to win every single one of our remaining games, but we need to move forward remembering what we did to get us to where we are right now. The challenge for a mid-major is that you don’t really have much room to breathe. It doesn’t matter if it’s a midweek game or weekend series, there really isn’t let up. It’s tough, but that’s why we’re here.”