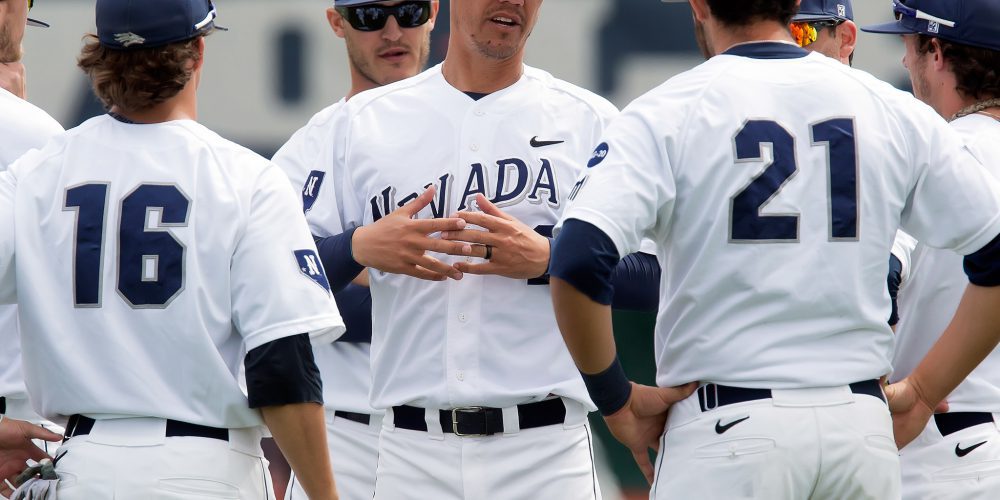 Never get too high or low in life, and when in doubt, ask Nevada first-year coach T.J. Bruce about the consequences of going either direction on the emotional roller coaster.

The past year has been filled with a whirlwind of emotions and thoughts for the Nevada baseball program. The team is carrying a national best 11-game winning streak into this weekend’s huge series at New Mexico, one that could very well decide the Mountain West Conference regular season championship when the dust settles. Yet, as magical as the recent run has been for the Wolf Pack, it’s how this team has gotten here that’s by far and away the most impressive feat.

“We lost a few players from last year’s team, and we lost some incoming guys we were hoping to count on, so that wasn’t a great start,” Bruce said. “But then we had a few things happen that I’m not sure people knew about. We had to deal with some real tragedies around here.”

When coaches take jobs, especially their first head gig, we often talk about the honeymoon process surrounding it. But that was a very short-lived vacation for the young and energetic Bruce. In addition to some of key departures during the summer, such as electric outfielder Cal Stevenson opting to head to a junior college instead of returning to play for the Wolf Pack this spring, Bruce navigated fall workouts with some new faces, just hoping to put together a squad that could build off an outstanding 41-15 campaign that somehow didn’t end with an NCAA postseason appearance.