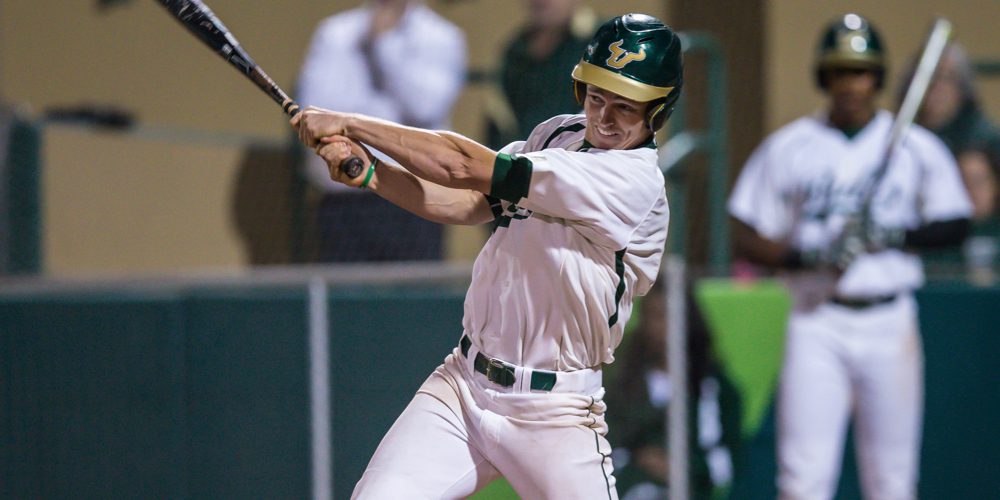 Under The Radar: South Florida

South Florida was one of college baseball’s most pleasant surprises in coach Mark Kingston’s first season at the helm in 2015, coming out of nowhere to win 34 games and make a regional. Injuries torpedoed the Bulls a year ago — most notably four key arms missing the season with Tommy John surgery — and they finished just 24-33 overall, 8-16 in the American Athletic Conference.

Expectations were modest for USF heading into this season, but the Bulls looked like something of a wild card in the preseason. If they got healthy on the mound, and if their big, exciting core of sophomores in the lineup continued to mature, maybe they could make some noise in 2017.

That’s exactly what has happened over the season’s first four weeks. The Bulls haven’t played the strongest schedule, but they have dominated it, getting off to a 12-1 start. That includes one series win against a team with a winning record (Iowa) and an excellent midweek win on the road at No. 3 Florida State on Feb. 21. Since dropping their second game of the season against Iowa, the Bulls have reeled off 11 straight wins heading into a three-game set this weekend against 6-5 Valparaiso.

The secret to USF’s success is pretty obvious: pitching. Heading into Week Four, USF ranks seventh in the nation in ERA (2.01), second in strikeouts per nine innings (12.1) and fourth in fewest hits allowed per nine innings (5.71).