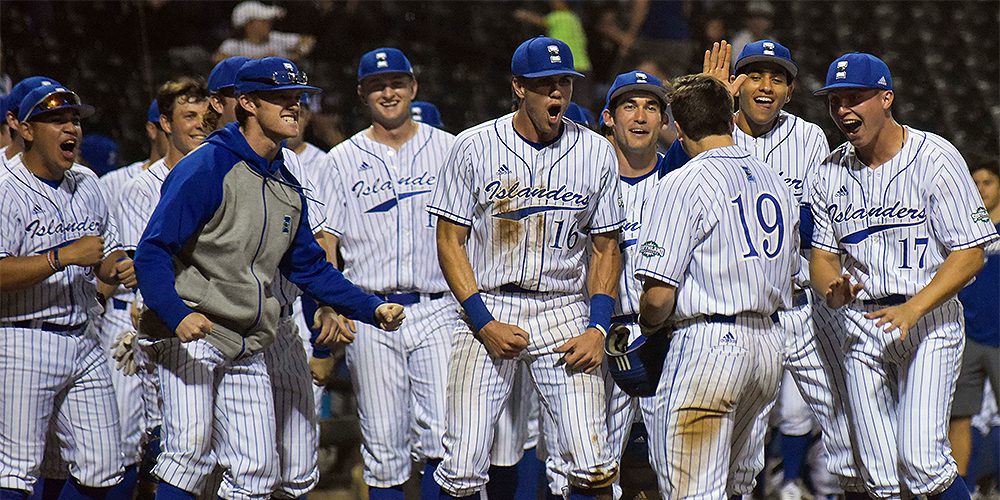 So, after the Islanders beat Mississippi State and swept through the Kleberg Bank Classic two weekends ago, Malone and I traded a barrage of texts. I wanted to know if the Islanders were for real. And if they were, what was his magic potion?

His response, in just a few words, told the story of the Islanders’ season to date.

“It’s a different team for us this year,” he said. “I really can’t explain it. My best guess is that I have a lot of older players who are tired of not winning. We have such great culture.”

The sudden rise of Malone’s club and righthander Aaron Hernandez is something special. The Islanders are 10-2 so far this season and have accumulated at least two impressive wins against UC Santa Barbara and, of course, MSU. But if you knew where this team and program have come from to get here, you’d be even more impressed.

You see, the Islanders aren’t some mid-major program who has flirted with success before. The Islanders have a good one in Malone, but it’s not an easy job. Corpus is three hours away from Houston and other metropolitan areas, and its facility ranks near the bottom of the Southland Conference. The difficult nature of this job is evident when you look at some of TAMU-CC’s past records. For instance, the Islanders went 22-32 overall two seasons ago before finishing last season with a 19-32 record. The Islanders were picked to finish near the bottom of the Southland Conference again this season and, until now, had built a reputation as being more of a midweek punching bag for the bigger schools in the state.

This program has never reached the NCAA tournament, but things might just be different this spring for several reasons.

“I wish I could put my finger on it. I’d be a better coach if I could. You go through the whole month of January and your buddies ask you how your team is going to be. And looking at what we did the last two years, you get this stink on you that you just can’t get rid of,” Malone said. “You’ve been sub-.500 two years in a row, and honestly, you start to forget what winning feels like.

One of the big question marks entering the season was the situation with junior righthander Aaron Hernandez. The 6-foot-2, 175-pounder, made some big strides two summers ago, but didn’t pitch throughout the 2017 campaign because he was academic ineligible. That was an eye-opening situation for the righty, but on the field, there was zero doubt he had the stuff to not only be a premier pitcher in the SLC, but also be one of the better arms in college baseball and evolve into a high draft pick.