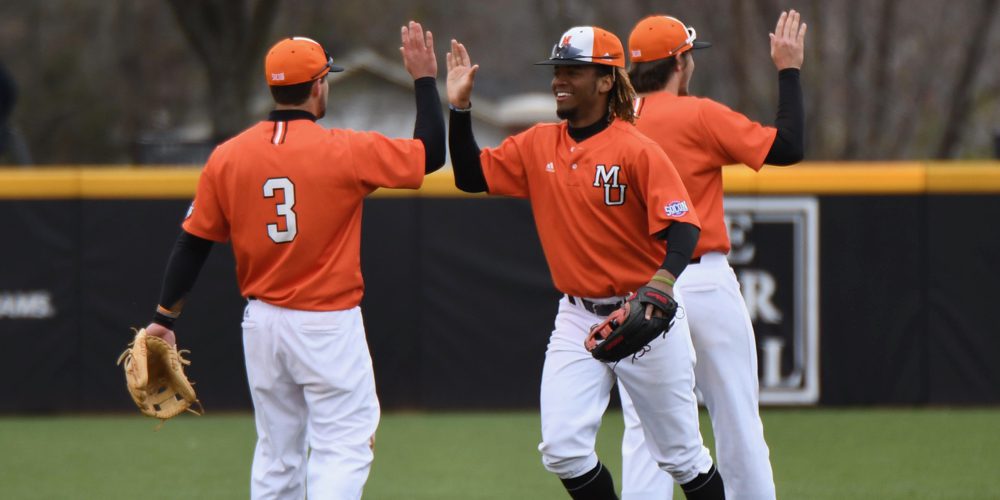 GREENVILLE, N.C. — Mercer carried some real swagger into its series last weekend at then-No. 18 East Carolina. The Bears knew they had a chance to make a real statement on the national level, and they were determined to do just that.

This group of Bears already had a track record of success. Most of the lineup returned from a team that won 38 games and the Southern Conference regular-season title a year ago, and the Bears ran out to a strong 14-4 start heading into the ECU series. But the team’s signature wins up until this weekend were a pair of midweek victories against struggling Georgia.

Now Mercer has a real marquee series win. And not just a win — a road sweep of a preseason top 10 club loaded with super regional veterans. The Bears scored 17 runs in a doubleheader sweep of ECU on Friday, then came back Sunday and cruised to an 8-2 victory.

“We’ve got the team to beat anyone in the country, as we proved today,” said Mercer righty Chase Burks, who threw seven shutout innings to earn the win Sunday. “Came here to get two of three, then get greedy on Sunday. That’s exactly what we did, and hopefully people will take notice. To come into this environment against a good team, a nationally ranked team, and kind of put it to ’em. So I think that’s enough right there to get us some national recognition.”

Indeed, the Bears were knocking on the door of the D1Baseball Top 25 after the ECU sweep, and they extended their winning streak to five games with a quality Tuesday win against Florida A&M (which had handed Mercer two of its four losses three weeks earlier). At 18-4 overall, Mercer heads into its first conference series against East Tennessee State this weekend as the clear team to beat in the SoCon.

Under The Radar: Dallas Baptist